Kurt Eichenwald is a joke


How I loathe Kurt Eichenwald.

Michael Tracey ‏@mtracey  7h7 hours ago
Breaking news! Kurt Eichenwald was once an unwitting pawn of the Kremlin! 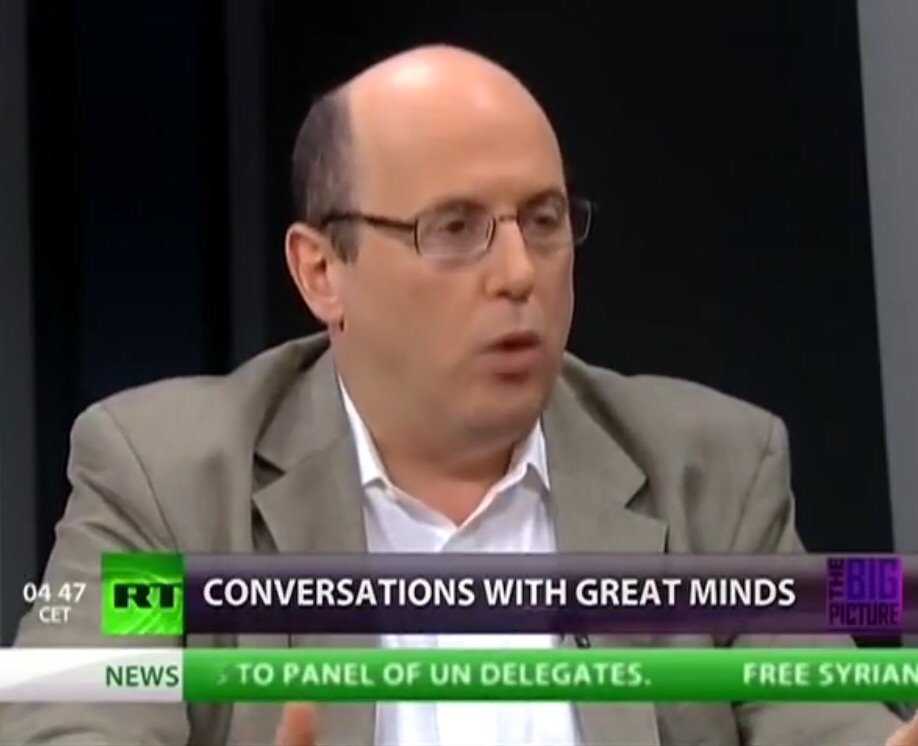 He's reported how many lies now?


The Debra Messings love him because they love them some crazy.

And we're all lucky because he's offline at present.

That's a joke about it.

He's screaming for the FBI to go after someone who sent him a distracting GIF.

He's such a cry baby.

There are so many words that apply to him but I am biting my tongue.

Let's leave it at that.

Friday, December 16, 2016.  Chaos and violence continue, the Mosul slog continues, US troops remain in Iraq, there's still no political solution, and much more.


The liberation or 'liberation' of Mosul continues.

Another press briefing by the US State Dept took place yesterday and Iraq was ignored as usual while the obsession over Syria continued.

ICRCVerified account ‏@ICRC  53m53 minutes ago
Over 3 million people are displaced in #Iraq. We're reaching hundreds of thousands with food, water & essential aid, but we want to do more.

Bill Van Auken (WSWS) notes the US government's outrage over Syria contrasted with the US-led mission in Iraq:


The hypocrisy of the US denunciations of the brutal methods employed by the Syrian government and its allies in eastern Aleppo has been underscored by the unfolding of a similarly savage siege being directed by the Pentagon against the far larger urban population of Mosul, Iraq’s second-largest city. As many as 1.5 million people still live in that metropolitan area, which the Iraqi army surrendered to the Islamic State of Iraq and Syria (ISIS) in June 2014.
With the US-backed offensive against Mosul now nearly two months old, conditions for the city’s residents are growing increasingly desperate, while the number of civilians killed continues to mount.
Scattered reports from media in the region provide a glimpse of the carnage unfolding in Mosul. Turkey’s Anadolu news agency reported that an entire family of nine was wiped out on Tuesday in a US drone missile strike against a house in Mosul’s al-Falah district. “Nine family members were killed in the attack,” an Iraqi police officer told the agency.
And The New Arab (Al-Araby Al-Jadeed) reported Thursday: “At least 40 civilians have been killed including women and children and dozens of others injured in air raids and artillery fire in the east of the Islamic State group [IS] bastion of Mosul, local and medical sources have said. The civilians were killed early on Wednesday with many of the injured still trapped under rubble...”

While similar accounts of human suffering in Aleppo have received non-stop coverage in the Western media amid official denunciations of Syria and Russia, reports of the slaughter in Mosul have been effectively blacked out.


And Mosul's not winding down.

For those who have forgotten, US President Barack Obama planned on Mosul being his "October Surprise" that would deliver the 2016 election to Hillary Clinton.


Didn't work out quite the way you wanted
How were you to know
Boom town broke down
What a let down
Where did the mountain go?
-- "Chalice Borealis," written by Carole King and Rick Sorensen, first appears on Carole's SPEEDING TIME


And it is a slog.  Despite CNN's 'objective' 'reporter' Elise Labott scream "NO!" in the middle of a press conference in October when a reporter referred to the Mosul operation as a slog.

No end in sight and no plan for what happens after.

Others in Iraq and outside warn that a military defeat will only bring a pause in the phenomenon of Sunni protest and insurgency in Iraq, unless it is accompanied by meaningful political and economic change.
“ISIS did not fill a security vacuum in the country, it filled a political one, where Sunnis in Iraq felt so disenfranchised that they welcomed ISIS with open arms,” said Qubad Talabani, deputy prime minister of the Kurdistan Regional Government (KRG), speaking at the Chatham House think-tank in London on December 7.

“Iraqi forces will never be able to hold territory taken from ISIS unless the military track is quickly accompanied by a political track, one that addresses the core Sunni grievances… If, after a military victory is declared, Iraq goes back to business as usual and the world's attention to Iraq dissipates, you can be sure that another bloody insurgency will arise within the Sunni areas of Iraq. Yes, we expect ISIS 2.0 to rear its ugly head.”


Mark Perry (POLITICO) adds, "Centcom commander Army Gen. Joseph Votel, picked to head up Centcom by President Barack Obama because of his special operations expertise, believes the outlook is dark, this same Pentagon intelligence officer told me, and likely to get darker, with the country heading inexorably toward a civil war."

In this week's "The Jihadi Threat: ISIS, Al Qaeda and Beyond," the United Institute for Peace (primary author with assist from The Woodrow Wilson International Center for Scholars) explains:


Terrorism is an inherently political form of violence. Counterterrorism is therefore an inherently political endeavor as well. Any counterterrorism program should be sensitive to public opinion at home, in the theater of terror, and in the wider world. Marginalizing extremism requires creating a political environment in which jihadism has less and less appeal over time. In Iraq, for example, the military has made major headway against ISIS, but the government has not brokered a basic power- sharing agreement among the country's diverse Sunni, Shiite, Kurdish, and other communities in the thirteen years since the fall of Saddam Hussein. The military campaign has repeatedly been out of sync with a political resolution. The success of the military surge in 2007 that marginalized al Qaeda in Iraq was followed by a botched political program that only further alienated Sunnis and led to the emergence of a reinvigorated ISIS. Creating stability ultimately requires political and military simultaneity.


And Barack even agreed at one point.  It was June 19, 2014 when he publicly declared the only solution to Iraq's political crises was a political issue.

Instead, he used US money and time to weaponize Iraq with bombings and with guns and fighter planes and even more training.

A government worth fighting for is what's needed and what Baghdad has failed to provide Iraqis with.

Hundreds of thousands of foreign troops -- US, UK, etc -- had to spend years on the ground to give the government a chance to do something, a chance to prove it was legitimate.

Now Barack's making the same mistake Bully Boy Bush made.  Time and again, the focus was going to be political.  The 'surge'?  Remember that failed effort?

Bully Boy Bush said the increased number of US troops sent into Iraq would provide the Iraqi government with space to work towards political solutions.

But it never happened.

The 'surge' was a failure.

Not because of the US military.  The military did all it was asked.

But it did that, in Bully Boy Bush's own words, to create a space for Iraqi politicians to move forward on issues facing the country.


Barack has wasted over a half billion dollars bombing since August 8th and there's nothing to show for it.


The number of US troops has increased in recent months in anticipation of an attempt to seize the city of Mosul from Isis. The city in nothern Iraq is the group's last major stronghold in the country.
The US has ploughed $10bn (£8bn) into the intervention since it returned to the country to fight the terror group and outgoing US secretary of defense Ash Carter said earlier in this month that it was “certainly possible” that Mosul could fall before Donald Trump enters the White House on 20 January.

But the deputy commander of the US coalition in the region, Major General Rupert Jones, has called for “patience”, saying more time was needed to minimise the danger to civilians.

US forces remain in Iraq.