I was not a Barbie girl.  I preferred a softball or a basketball to a doll.  My daughter was a polar opposite.  She loved dolls -- especially Barbies.  When my job resulted in us leaving Atlanta (my daughter, my two boys and me) and relocating to California, she was thrilled because C.I. didn't just indulge her Barbie fantasy by gifting her with various items, C.I. would also sit down with on Saturdays and play Barbies with her for at least 90 minutes.

I still marvel over that.  I'm just not a Barbie girl.  I'd play with my daughter and she'd be like, "Mom, she doesn't date Malcolm, she's divorced from him!"

I couldn't keep track.  She'd name them different names and they had these soap opera storylines and I' be like, "Oh, look," as a Barbie doll, "a new outfit."

That was about my level.  (And she'd shoot back, "Mother, she wore that to a party last week, it's not new!")

So I say all that to make it clear that I'm not Barbie's target audience with the upcoming film.

But for it to be a hit, it's going to need to pull in more than just a group of people playing with Barbies currently.

And I'm not seeing it.

I hope it works for him but why would a man want to play Ken?  He has no penis.  It's been a joke for decades.

As for his look, Freddie Prinze r. did similar in the two Scooby Doo films.  But that was aimed at children.  With Ryan and Margot Robbie, I'm assuing they're going for a number of adults.

Thursday, June 16, 2022.  More billions poured into Joe Biden's latest war of choice while the Turkish government kills a young boy in Iraq and much more.

Folks, white male ego & incompetence is feeding the decision making process of the Biden Admin. Because they made the tragic mistake of upping rhetoric of total victory over Russia, further escalation appears to be their only face-saving response to this tragic debacle.
9:00 PM · Jun 15, 2022

The quagmire continues and US tax dollars continue to support not the American people but Joe Biden's war of choice.  As Betty noted last night, Joe's announced another one billion dollars will go to Ukraine.  That will be at least $55 billion since March that Joe's handed over to Ukraine -- $55 billion of US tax payer money.

With the Ukrainian military losing territory and taking hundreds of casualties every day, the United States has made clear that it will only intensify its involvement in the war.

In a press briefing Wednesday, US Defense Secretary Lloyd Austin and Joint Chiefs of Staff Chairman Mark Milley said the United States would provide another $1 billion in weapons to Ukraine, including additional long-range missile systems.

The two officials explained that not only are high-end US weapons systems being funneled into Ukraine, but hundreds of Ukrainian forces are being directly trained by the US.

Milley made clear that the US military is training long-range missile crews by the platoon in Germany and added, “By the end of this month, we will transfer HIMARs systems, ammunition and trained crews for operational use in the defense of Ukraine.”

$55 billion because Joe Biden can't admit he was wrong and now feels stuck in this situation because he refuses to face reality.  He has a lot of liars helping him spin.  Eric London (WSWS) observes:

On June 3, Tempest published an article entitled “Solidarity with the Ukrainian resistance!” by Ashley Smith, a prominent member of the Democratic Socialists of America (DSA) and former leader of the now-defunct International Socialist Organization (ISO).

The article calls for arming Ukraine with heavy NATO weapons and is a tirade against all who question the propaganda of US imperialism. It justifies US escalation by claiming the Ukrainian people are engaged in a democratic struggle for self-determination against Russian “imperialism.”

Smith’s article is an attempt to preempt opposition within the milieu of the Democratic Socialists of America to the prolonged US/NATO-led war, which has provoked widespread shortages of basic necessities all over the world and risks plunging the globe into a nuclear nightmare. As Smith says in a brief preface, the article aims to “review the ongoing Left debates about the Russian invasion of Ukraine and the continuing need to defend Ukrainian resistance as the starting point for rebuilding international solidarity from below.”

In his article, Smith declares that “the international Left now more than ever must organize solidarity with the Ukrainian resistance” and “defend its right to secure arms.” Smith argues that the Ukrainian military “has waged a national popular struggle for self-determination,” a “fundamentally democratic aim and one that deserves the full support of the international left.”

There can be no talk of NATO expansion, which Smith claims is merely Putin’s “alibi,” because the states of Eastern Europe only joined NATO “out of longtime fear of their imperial overlord, Russia.” The crux of Smith’s argument is that the war is one of popular working class “resistance” to Russia. In this vein, Smith attacks “Faux anti-imperialists” who oppose arming the so-called Ukrainian resistance and thereby “betray Ukraine.”

These are not serious theoretical arguments, they are absurdities. Smith makes no attempt to explain how Ukraine’s attempt to join NATO, a military network run by the world’s largest imperialist powers, constitutes a step toward “self-determination,” nor can he explain why pro-Russian separatists in Luhansk and Donetsk cannot assert the same “right” to leave Ukraine. He praises the Ukrainian “left” for fighting “the government’s oligarchic capitalism,” but he cannot explain how it is that this same government is leading a struggle against imperialism. The subject of the Ukrainian regime’s glorification of Stepan Bandera—the leader of the Organization of Ukrainian Nationalists (OUN) that participated in the mass extermination of Jews during World War II—is all but ignored.

Smith’s targets are not those who openly defend Russia, but rather parties and individuals that “might criticize Russia” but “blame the US and NATO for the conflict” and thereby “justify Russia’s war.” “Even worse,” Smith writes, they “back actions” like strikes by workers to “block arms shipments to Ukraine.” He attacks those who “condemn Russia’s invasion” but “also oppose Ukraine’s military resistance as well as US and NATO arms shipments in support of it.”

TEMPTEST is the only one running garbage.  COUNTERPUNCH offers some today that wants to call out 'progressive' Bill Fletcher Jr. and others but from a right-wing hawk position that the war is correct.  CODESTINKERS are thrilled with this war and they really need to take a look at themselves.  Certainly those truly opposed to war are looking with dismay at CODESTINK.

As they find ways to avoid demanding an end to this war, all hopes of future Americans are going down the drain.  Not that CODESTINK or Lil' Billy ever pay attention to Iraq anymore, but the US-instigated Iraq War has left the American people with a bill for over two trillion dollars.  There's no money for Medicare for all -- we are told -- and there's no money for the school lunch program set up after the start of the pandemic -- we are told -- and there's no money for student loan forgiveness or for any aid to those suffering during Joe Biden's crippling inflation and soaring gas prices.

But he's dropped $55 billion in less than six months on his war of choice.

Iraq is an ongoing war that the CODESTINKERS and other self-appointed 'leaders' continue to ignore.

You won't hear them object to Turkey invading northern Iraq (Kurdistan) and setting up bases there.  Using War Planes and drones to terrorize, wound and kill the people who live there.  It's not a concern for them despite the fact that they're selling support for Ukaine on the pretense that they care, they really, really care about humanity.  What a load of garbge.

AFP reports, "A child was killed on Wednesday in an airstrike on Iraq’s northern region of Sinjar, security sources said, blaming the Turkish air force."  As MEDYA NEWS notes: 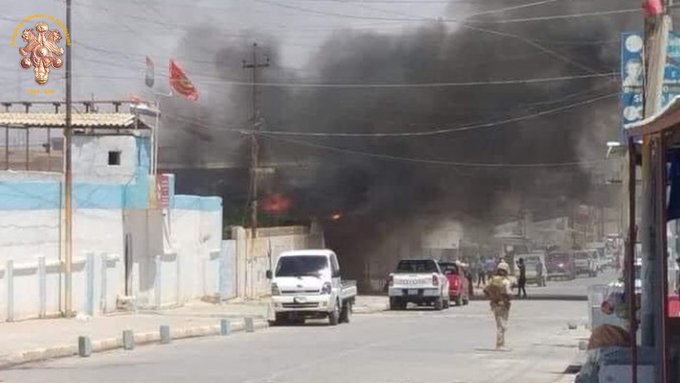 UNICEF STATEMENT: UNICEF condemns the killing of a 12-year-old child in Sinjar and calls on all parties to protect children from violence https://uni.cf/3MOIGte 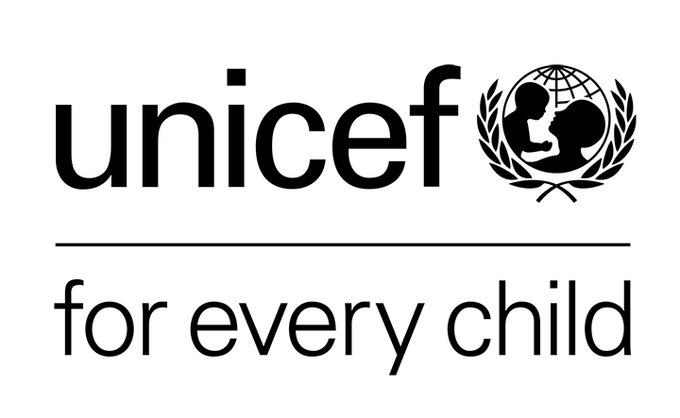 not 'all parties' killed a 12 year old, it's #turkey that did it. #sinjar
Quote Tweet

UNICEF Iraq - يونيسف العراق
@UNICEFiraq
· 17h
UNICEF STATEMENT: UNICEF condemns the killing of a 12-year-old child in Sinjar and calls on all parties to protect children from violence https://uni.cf/3MOIGte

And Mirza Dinnayi names the child:

A dirty war crime and a planned elimination of Yezidi minority. An air strike killed a 12 y Yezidi child in Sinjar. Salah was working in a small shop of his father in Sinuni. Such a shame for the international community generally and iraqi political powers to keep silent 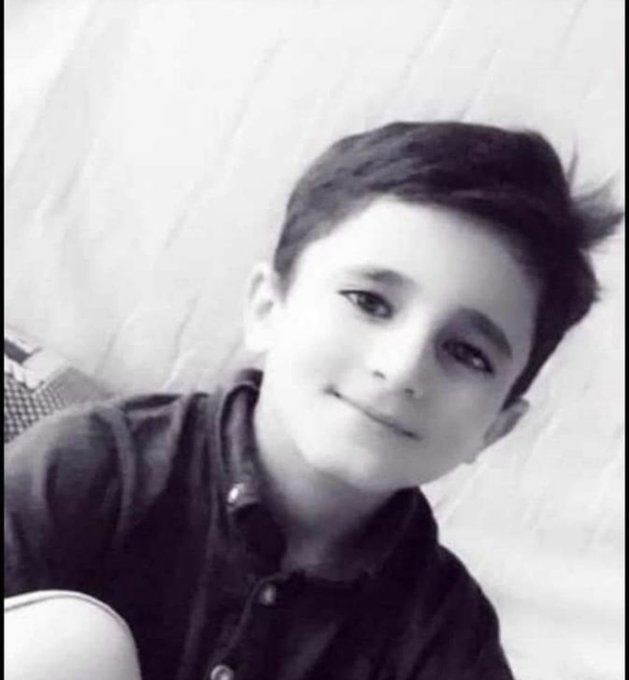 Turkey's actions are -- and have been -- an act of war..  But everyone turns their head and ignores it.  The Turkish government carried out a genocide at the start of the last century that many ignored as well.  You'd think there be an effort on the part of others to show a little awareness this go round but clearly not.

And we'll wind down with this that went up here last night . . .

The People's Party?  They want to be a new independent party.  They've been plotting in secret and it's time to reconsider a lot of stuff that they've done.  Such as attacks on certain people who they saw as threats.  I saw Rebecca's "c.i. raised the jimmy dore presidential run last week" and, no, I am not psychic.  She's always said that.  I'm not mad at her for posting about it, but it's not true.

would be the most popular comedian to ever run for president and the first candidate with his own show and a million subscribers. Here's how a Jimmy Dore campaign and presidency could revolutionize this country! #Dore24

Do you get it?

Do you grasp the racism and the sexism?

Could they be more Straight White Whining Male?

Dick Gregory.  A comic legend.  Someone you know, if you know comedy.  You ask people who Jimmy Dore and they don't know.  They have no idea.  His YOUTUBE 'fame' doesn't translate in the real world.  But Dick Gregory was a comic legend and he ran for president in 1968.

How nice of The (WHITE) People's Party to erase an African-American legend.

Roseanne Barr.  She's a comic legend.  Last time they let her on TV with her sitcom, she delivered the highest ratings ABC had.  They don't have those high ratings without her.  She is a comic legend.  And she ran for president in 2012.

The whole world knows Roseanne.  They've known her since the 80s.  She's a legend.

Jimmy Dore's kind of like the eleventh supporting actor in the cast of KING OF QUEENS.  On a good day, that's his level of fame.