Official Charts‏Verified account @officialcharts Mar 26
Diana Ross has amassed over 70 UK Top 40 singles - but which are holding up as the most popular today? Ms. Ross' Official most streamed songs revealed: http://bit.ly/2CFryos 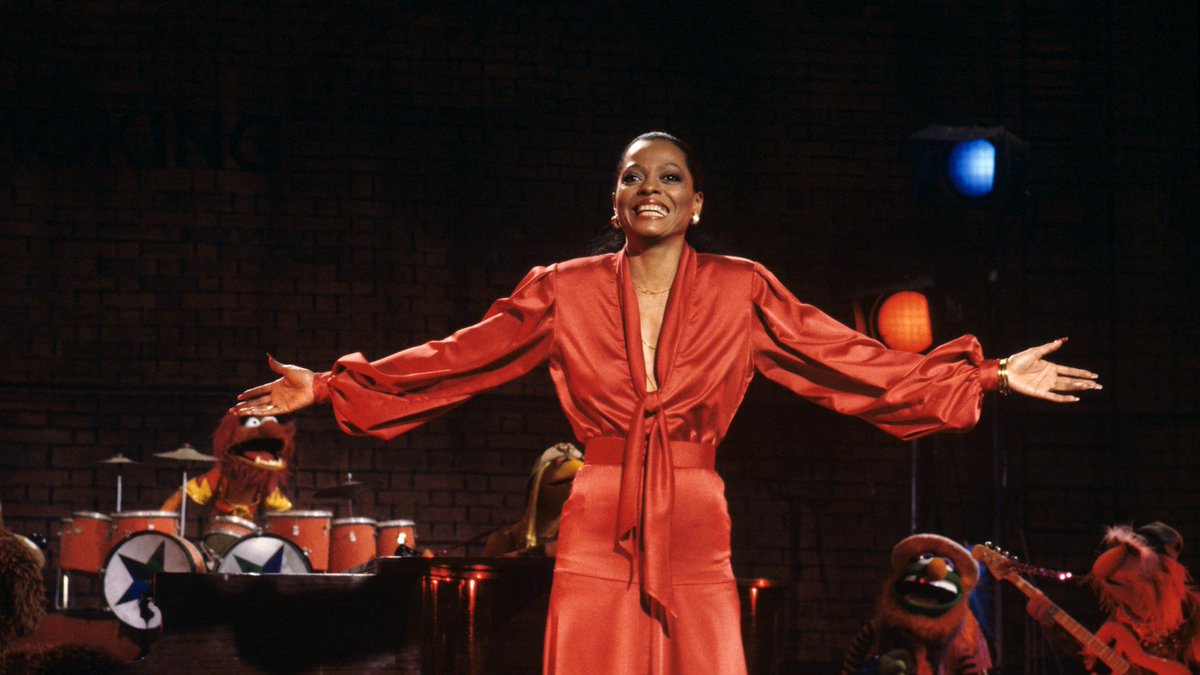 
I love many of Diana's songs but of her videos?  My two favorites from the RCA period?


I really love that video but my all time favorite video?  "Swept Away."

Thursday, March 28, 2019.  The nation honors one of the fallen while Medea Benjamin disgraces herself on Iraq yet again.

Staff Sgt. Travis Atkins, who died shielding his team from a suicide bomber in Iraq in 2007, received a posthumous Medal of Honor today. His father, Jack Atkins, reflects on how fellow soldiers described his son. More tonight on @NBCNightlyNews.
0:42
9,724 views
6 replies29 retweets86 likes

We are humbly reminded of the invaluable cost of freedom. Staff Sergeant Travis Atkins, United States Army, receives the #MedalofHonor posthumously today through his family. We honor SSgt Atkins. His last actions were made to save the lives of his teammates. God Bless our troops.
1,664 replies12,862 retweets64,726 likes


From the White House press release:

Let's move to a different topic: Garbage.  Medea Benjamin and Nicholas J.S. Davies have written it and many sites will publish it.  I just was told we did this here.  Did we?  We do a lot here and Ava and I've long covered the campaign websites of candidates.  I'm disclosing we did it here -- don't remember it this go round but there's a lot going on offline these days -- in case anyone needs an out for this critique I'm about to offer.  They've done garbage.  Let's use Joe Biden as an example, from their bad writing:

Although Biden has yet to throw his hat into the ring, he is already making videos and speeches trying to tout his foreign policy expertise. Biden has been engaged in foreign policy since he won a Senate seat in 1972, eventually chairing the Senate Foreign Relations Committee for four years, and becoming Obama’s vice president. Echoing traditional mainstream Democratic rhetoric, he accuses Trump of abandoning US global leadership and wants to see the US regain its place as the "indispensable leader of the free world."
Biden presents himself as a pragmatist, saying that he opposed the Vietnam War not because he considered it immoral but because he thought it wouldn’t work. Biden at first endorsed full-scale nation-building in Afghanistan but when he saw it wasn’t working, he changed his mind, arguing that the US military should destroy Al Qaeda and then leave. As vice president, he was a lonely voice in the Cabinet opposing Obama’s escalation of the war in 2009.
Regarding Iraq, however, he was a hawk. He repeated false intelligence claims that Saddam Hussein possessed chemical and biological weapons and was seeking nuclear weapons, and therefore was a threat that had to be "eliminated." He later called his vote for the 2003 invasion a "mistake."
Biden is a self-described Zionist. He has stated that the Democrats’ support for Israel “comes from our gut, moves through our heart, and ends up in our head. It’s almost genetic.”
There is one issue, however, where he would disagree with the present Israeli government, and that is on Iran. He wrote that “War with Iran is not just a bad option. It would be a disaster," and he supported Obama’s entry into the Iran nuclear agreement. He would therefore likely support reentering it if he were president.
While Biden emphasizes diplomacy, he favors the NATO alliance so that "when we have to fight, we are not fighting alone." He ignores that NATO outlived its original Cold War purpose and has perpetuated and expanded its ambitions on a global scale since the 1990s – and that this has predictably ignited a new Cold War with Russia and China.
Despite paying lip service to international law and diplomacy, Biden sponsored the McCain-Biden Kosovo Resolution, which authorized the US to lead the NATO assault on Yugoslavia and invasion of Kosovo in 1999. This was the first major war in which the US and NATO used force in violation of the UN Charter in the post-Cold War era, establishing the dangerous precedent that led to all our post-9/11 wars.
Like many other corporate Democrats, Biden champions a misleadingly benign view of the dangerous and destructive role the US has played in the world over the past 20 years, under the Democratic administration in which he served as vice-president as well as under Republican ones.
Biden might support slight cuts in the Pentagon budget, but he is not likely to challenge the military-industrial complex he has served for so long in any significant way. He does, however, know the trauma of war firsthand, connecting his son’s exposure to military burn pits while serving in Iraq and Kosovo to his fatal brain cancer, which might make him think twice about launching new wars.

On the other hand, Biden’s long experience and skill as an advocate for the military-industrial complex and the US’s militarized foreign policy suggest that those influences might well outweigh even his own personal tragedy if he is elected president and faced with critical choices between war and peace.


The Iraq War is largely ignored in their crappy piece.  In the above it's reduced to he voted for the war.  Wow.  That's all Joe did?

I like Joe and have known him for years.  He didn't get cut any slack in 2007 and 2008 when he was running and I haven't cut him any slack as he amps up another run.

He was over Iraq for eight years.  Barack couldn't put Hillary in charge of Iraq -- even though the State Dept was given control of Iraq in his first term.  Why?  She'd publicly called Nouri al-Maliki a thug (she was right) in an April 2008 Senate hearing.  Nouri was then the prime minister of Iraq.  Barack put Joe in charge.

Once in charge, Joe oversaw many disasters and this would most infamously include the US government (via The Erbil Agreement) overturning the 2010 election that saw Nouri pushed out.  Nouri refused to step down.  For eight months, he refused.  He brought the country to a standstill.  It was a political stalemate.  The White House decided to back Nouri.  They negotiated The Erbil Agreement -- a legal contract that was little more than a horse trading agreement.  Nouri gets a second term and in exchange Nouri will do X,Y and Z for the other political blocs.  Of course, Nouri never honored his part of the contract.

But Joe was part of that.  When the politicians then tried to do a no-confidence vote to get Nouri out of power, it was Joe that pressured then-President Jalal Talabani to tank the vote (which Jalal did).

Don't pretend that you're covering Iraq or war and peace and you don't meantion one damn thing that Joe Biden oversaw with the occupation of Iraq.

For Medea, the Iraq War ended the minute Barack was elected.  She whored  and there's no other word for it.  Even today, this passes for bravery and honesty on her part:

But neither Obama nor Trump has seriously tried to end our "endless" wars or rein in our runaway military spending.

Obama’s opposition to the Iraq war and vague promises for a new direction were enough to win him the presidency and the Nobel Peace Prize, but not to bring us peace. In the end, he spent more on the military than Bush and dropped more bombs on more countries, including a tenfold increase in CIA drone strikes. Obama’s main innovation was a doctrine of covert and proxy wars that reduced US casualties and muted domestic opposition to war, but brought new violence and chaos to Libya, Syria and Yemen. Obama’s escalation in Afghanistan, the fabled "graveyard of empires,” turned that war into the longest US war since the US conquest of Native America (1783-1924).

"Obama's opposition to the Iraq war and vague promises for a new direction . . ."  I'm sorry, Medea and whatever man you're writing with now -- don't we all love how the whore, for all of her pretense at woman power, is forever writing with men? -- what happened with Iraq?

Medea, take your whore ass somewhere else.  Barack is out of the White House and even now you can't get honest about him and Iraq.  That's probably why you won't deal with what Joe did to Iraq AFTER he voted for the Iraq War.   Lies and more lies from Medea.  As we noted in "The War Whores" at THIRD:

5) Medea Benjamin. I Need Attention Benjamin spends a lot of time screaming for attention.  She just doesn't care about Iraq.  (Which might be a good thing considering what she tried to do to Afghanistan in 2009.)  She made that clear in the middle of a 2007 hunger strike for Iraq when she suddenly switched her focus to Palestine.  She's forever dropping Iraq as though the war long ago ended when it didn't.  Medea scrambled her brain on something.  Maybe it was drugs?  Maybe she was tortured by the CIA -- during the infamous pie-ing?  Maybe she just couldn't handle the foul body odor of Jodie Evans?  Whatever it was, something pulled her focus and she's little more than a dabbler these days -- one who lacks the focus even to Tweet.  As Margaret Kimberley (BLACK AGENDA REPORT) observed in 2014:

If there were a prize awarded for truly stupid twitter posts, Code Pink’s Medea Benjamin should win with these words, "Obama spoke with Raul Castro yesterday. The ice is melting. Mojitos for all!" It is difficult to know where to begin in analyzing such nonsense. [. . .] As for Benjamin, anyone whose response to a foreign policy decision includes references to a cocktail should be ignored now and forever.