Hillary has to answer

Oh, Hill of Beans Clinton, how difficult it's been to protect you.

Forget a village, she's needed a national army -- of liars and whores and others in the press.


The truth needs to come out.  The media needs to report.

Thursday, October 13, 2016.  Chaos and violence continue, deceptions about Iraq continue, Turkey's government continues to refuse to pull troops out of Iraq, and much more.

At THE WASHINGTON EXAMINER, Bonnie Kristian points out:

Nor is this announcement from the US Defense Dept about Wednesday's actions:

Strikes in Iraq
Attack and fighter aircraft conducted seven strikes in Iraq, coordinated with and in support of Iraq’s government:

-- Near Fallujah, a strike engaged an ISIL tactical unit.


These things go on and on.

There is no clearly defined mission or goal.

Nor is there any clear threat to the US' national security that is being protected.

There is only a never ending war.

And lies that are used to prolong it.

Where the wealth's displayed
Thieves and sycophants parade
And where it's made
the slaves will be taken
Some are treated well
In these games of buy and sell
And some like poor beast
Are burdened down to breaking
-- "Dog Eat Dog," written by Joni Mitchell, first appears on her DOG EAT DOG album

Earlier this week, Thomas Walkom (TORONTO STAR) offered an honest appraisal of what Canadian troops are doing in Iraq that included:


It has always been a myth that Canada’s soldiers in Iraq don’t do combat. Now the myth is even harder to sustain.
On Thursday, a senior general acknowledged that, over the last few months, Canadian special forces operating in northern Iraq have become increasingly involved in front-line skirmishes against Daesh fighters.
“The mission has changed,” said Brig.-Gen. Peter Dawe. “We are more engaged on the line … the risk has increased.”


Will the same honesty make it to US publications?

When does the bubble pop for those living in it?

You've been fed a diet of lies and distortions.

But at some point, it's on you to push that plate away. 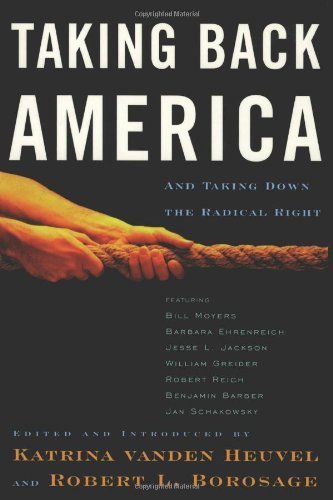 TAKING BACK AMERICA came out in March of 2004.  And there was no bi-racial man in the White House at that time.  Bully Boy Bush occupied the White House then.  (And Barack claimed the status of bi-racial then -- I should know, having just met him months before.)

Both sides have cried Take Back America in some form or manner for decades now.

But in your world -- a world that ignores the illegal spying, the ongoing wars, the persecution of Chelsea Manning, the war on all whistle-blowers, etc -- you just keep eating all the bulls**t while pretending your breath smells like a rose.

Let's move over to Amal Clooney.

She threw a tantrum and tried to spark an international incident as she attempts to use the Yazidis to promote war -- as the bulk of their western 'supporters' do.  She attempted to demand a meeting with the prime minister of Iraq -- Haider al-Abadi -- but when she couldn't get her way on that, she settled for Iraq's Ambassador to the United Nations Mohamed Ali Alhakin.  She proceeded to lecture him about the Islamic State and the Yedzidi people.

She then tried to ambush him with a camera crew -- because if you enter into a marriage of business, you want to get all the press you can before your husband decides maybe he doesn't care what the world thinks and ends the marriage.

And feel for Amal, it's got to be very hard for her, in a marriage that only came about to end rumors that George Clooney was gay.  And since the former TV star never delivered at the box office and most recently is famous for one of the biggest bombs of last year -- one of Disney's biggest flops ever -- you know days with him can't be too much fun -- reassuring him that the plastic surgery hasn't gone too far, that the career's not dead yet, that the gesture does look masculine . . .

Amal, you just enjoy the moment, keep that bit in your teeth and let whatever jockey's riding you ride you right to the finish line before the marriage ends and you're left trying not to come off quite as bitter as Phyllis Gates.

The latest argument over all this seems to involve the big Turkish kid that no one really invited to the festivities. Turkey seems very intent on crashing the party to liberate Mosul and Raqqa. Turkish troops surprised the United States and others when they suddenly stormed into Syria two months ago. In Iraq most of the smaller Kurdish kids seem a bit too cautious to say much on the issue, but the kids in Baghdad have been fairly vociferous in their demands that Turkish troops leave their playground. Iraqi Prime Minister Abadi warned of a regional war if Turkey did not end its occupation of Iraq, to which Turkish President Erdogan responded: “Iraq had certain requests from us regarding Bashiqa [the base in northern Iraq with the most Turkish troops], and now they are telling us to leave," he said, "But the Turkish army has not lost so much standing as to take orders from you."
At the risk of hurting the Iraqi kids’ feelings, Mr. Erdogan then helpfully added: “Who’s that? The Iraqi prime minister? First you know your place! You are not my interlocutor; you are not my equal. You should know your limits.” Apparently the weaker Iraqi Prime Minister is in elementary school and the junior high school Turks are demanding some respect and deference (even while they play in the elementary school’s yard). The high school Americans try to defuse things, but don’t really want to get in the middle of a thankless task – hence State Department spokesman John Kirby’s statement that "The Turkish forces that are deployed in Iraq are not there as part of the international coalition and the situation in Bashiqa is a matter for the governments of Iraq and Turkey to resolve."

Yes, things have gotten so tense that the self-confessed uninformed-on-Iraq Kirby had to take questions on Iraq at Wednesday's State Dept press briefing.  Such as this:


QUESTION: Another question on Mosul. So it seems not only Mr. Abadi will decide which forces will take part in the Mosul – the battle for Mosul, as President Erdogan as well is insisting on his forces playing a role in the liberation of Mosul. Are you in talks with Mr. Erdogan about a possible Turkish role? And is the U.S. welcoming Turkey’s role or you think it’s going to complicate the situation on the ground?

MR KIRBY: We’re not in direct talks with the Turkish Government about their participation in Mosul. The campaign – again, I’ll say it – to liberate Mosul is an Iraqi campaign plan. And the composition of the forces that will be involved in that operation is for the Iraqi Government to make, not the United States Government. And we’re not litigating this and we’re not legislating who is or who isn’t going to participate. This is up to Prime Minister Abadi.

QUESTION: But he expressed opposition to any Turkish role and you know – familiar with the tension between Baghdad and Ankara.

MR KIRBY: This is an issue that we encourage the Iraqi Government and the Turkish Government to talk about amongst themselves.

QUESTION: But do you think that Turkey’s role could be helpful in liberating Mosul or --

MR KIRBY: I’m not – look, I’m not going to speculate about military matters. What we’re all focused on – and I can only speak for the United States and I can’t even really speak for the United States military – what we’re all focused on is doing our part to support the Iraqi Government as the Iraqi Government liberates Mosul. Again, the composition of forces, the execution of that campaign plan, those are – that’s – those are Iraqi decisions to make, to own, and to explain. And we’re going to continue to support Prime Minister Abadi as he works through the decision-making process.

We’ve talked about the tensions between Iraq and Turkey in the past, and again, I would say our view is that those two nations need to continue to have a dialogue and talk about this going forward. But ultimately, how Mosul gets liberated – and it will be – is an Iraqi campaign to speak to.

Turkish troops will remain at a military camp in northern Iraq until Islamic State is driven out of the nearby city of Mosul, Turkey’s deputy prime minister said on Wednesday, signalling no respite in a row with Baghdad over the deployment.

This is not sitting well with Iraq's prime minister Haider al-Abadi.  ALMANAR reports:

Abadi’s spokesman, Saad al-Haythi, said, “[Turkey's president Recep Tayyip] Erdogan’s remarks are irresponsible and reflect an exaggerated speech.”
“We have come to the belief that Turkey is not keen on resolving any issues or withdrawing its troops from Iraqi territory.”
“Turkey does not respect the mutual interests of between it and Iraq, and this could lead to a security threat in the Kurdistan Region, Iraq and the wider region in general,” Hadithi explained on Wednesday.


"We will liberate our land through the determination of our men and not by video calls," Haider al-Abadi said late Tuesday night on his Twitter account, mocking the Turkish president's nationally broadcast video call to a TV journalist amid a failed coup attempt in July.


Where does it end?

Because, end of the day, every truly independent country has the right to order any foreign troops out from within its borders.