Johnny E. Williams‏ @jwillia2  Jun 11
Replying to @thedjbutler @freedomrideblog
You must admit during Barry's presidency most black folks bought into his brand of empire. He lulled us to sleep.
2 replies7 retweets7 likes

Barack's out of the White House.

He didn't do a damn thing for Black people.

I lost patience with idiots in my own family who would excuse him and insist how lucky we were just because of skin color.

Not playing that game.

Speaking of fake asses, Lie Face gets called out by Bruce Dixon. 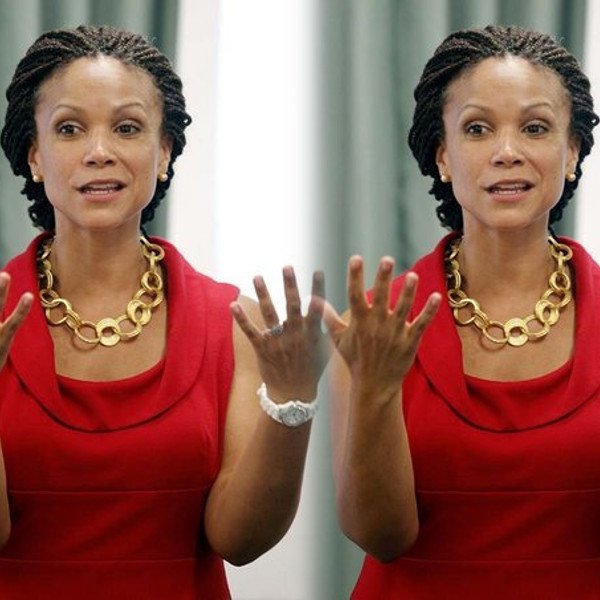 Monday, June 12, 2017.  The Mosul Slog continues, Donald Trump still has no new approach for Iraq, and much more.


Poverty and the poor were not addressed in last year's presidential campaign.

We can't expect the media that ignored the topic or the duopoly candidates who refused to talk about the issue to bring it up now.


So let's do our part to break the silence by again noting Senator Patrick Leahy's opening remarks at last week's Senate Appropriations Committee hearing on the proposed HUD budget:

Senator Patrick Leahy: I am very concerned about President Trump’s budget for the Department of Housing and Urban Development. This budget would leave low-income, elderly and disabled Americans out in the cold.  It would deny shelter to victims of domestic and sexual violence.  It would bring to a screeching halt programs that spur economic development and help ensure that safe, sustainable and affordable housing is available in our communities.
Bluntly, Secretary Carson, this budget is a travesty.  It slashes $7.3 billion from the work of your Department.  It decimates Section 8 rental assistance grants that help keep very-low-income families, as well as elderly and disabled Americans, in decent, safe housing.  It eliminates the Community Development Block Grant (CDBG) and the HOME programs, which help drive economic development in more than 1,200 American cities, including in Vermont.  Eliminating these programs doesn’t just eliminate a Federal investment; these projects leverage other public and private sources to make them a reality.  For every dollar we invest in CDBG projects $3.65 is leveraged in other public and private resources.  And, while I recognize that this does not fall under the jurisdiction of your Department, the administration’s attack on housing programs is only amplified with the elimination of NeighborWorks, which in one year alone provided affordable housing for more than 360,000 families, created and maintained more than 53,000 jobs, and leveraged its appropriation at a ratio of 91 to 1.  Let me repeat that leverage ratio:  91 to 1.  Under this budget, all of those dollars disappear.  Secretary Carson, where are the people who rely on these programs supposed to go?
The President’s budget fails to include tenant-based rental assistance for victims of domestic violence, dating violence, sexual assault, or stalking.  In 2013, Senator Crapo and I worked together to strengthen, expand and reauthorize the Violence Against Women Act.  Too often, victims of domestic violence, dating violence, sexual assault or stalking remain in dangerous living situations simply because they have nowhere to go.  That in and of itself is devastating, but all too frequently families have to make the tragic decision between becoming homeless with their children, or staying in a house where either they and/or their children may be subject to physical abuse.  Your Department should be working hand-in-hand with the Justice Department, which administers the successful transitional housing assistance grant program, to find effective ways to support these survivors and ensure they have access to safe and affordable housing.  Secretary Carson, what will you tell these victims since you fail to support these programs in this request?
Poverty is “no state of mind.”  Housing is not a political issue; it is a moral one. In Vermont, we know that housing people first is key to helping them step out of poverty.  With the help of Federal investments like Homelessness Assistance Grants, states like Vermont have reduced chronic homelessness by 45 percent, but this is only possible with help from your Department.  Communities across the country know that, instead, your budget will close emergency shelters and put people back on the streets.  Secretary Carson, how will this budget help the Department meet its mission?
Now is the time to invest in our Nation’s affordable housing infrastructure – not to decimate it.  This budget will eliminate the investments and hands-on efforts that help families succeed.   This isn’t a “foundation for greatness.”  This budget is a travesty.


Poverty's become the forbidden word in the US media (unless they're speaking of conditions in another country). 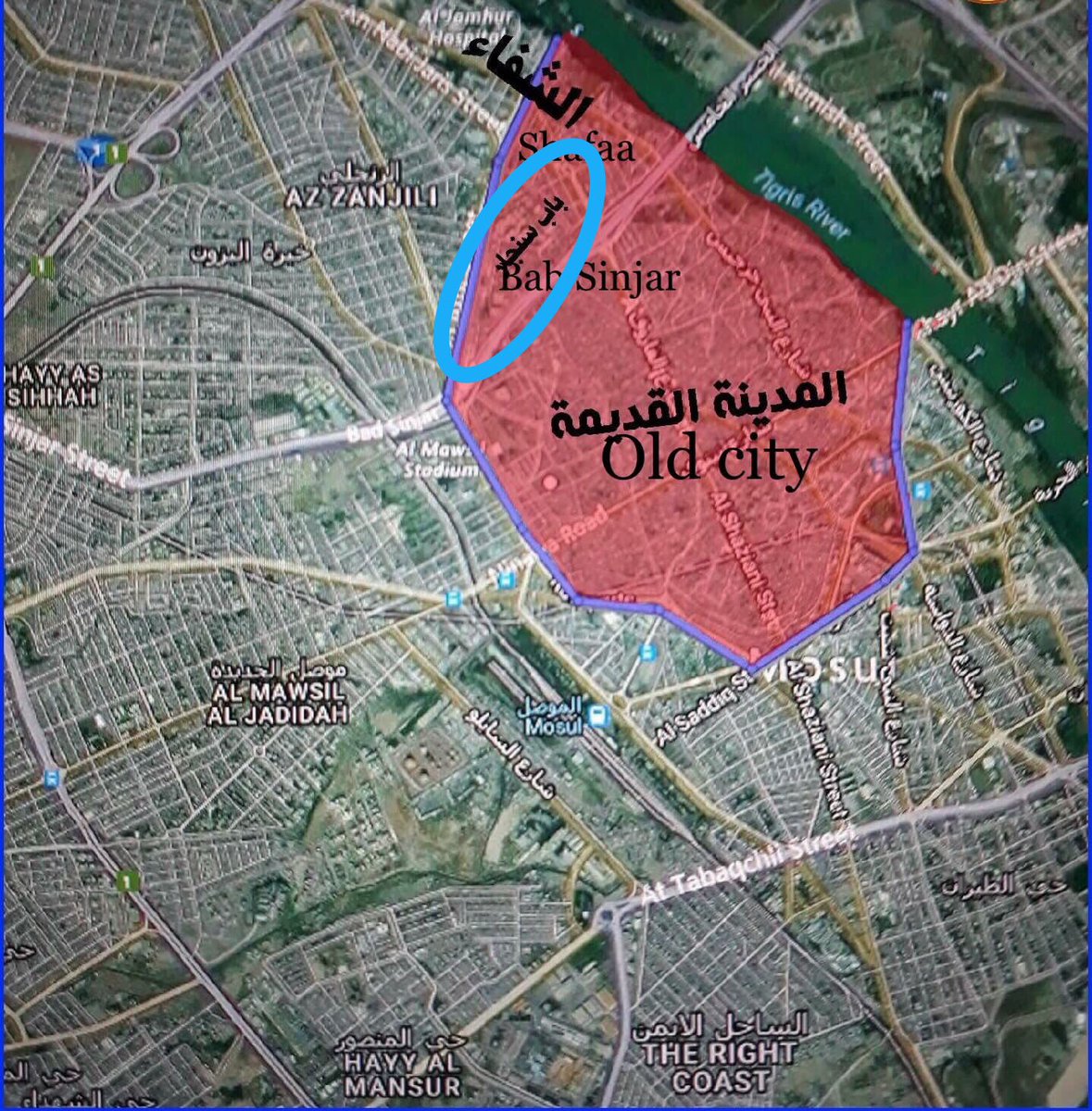 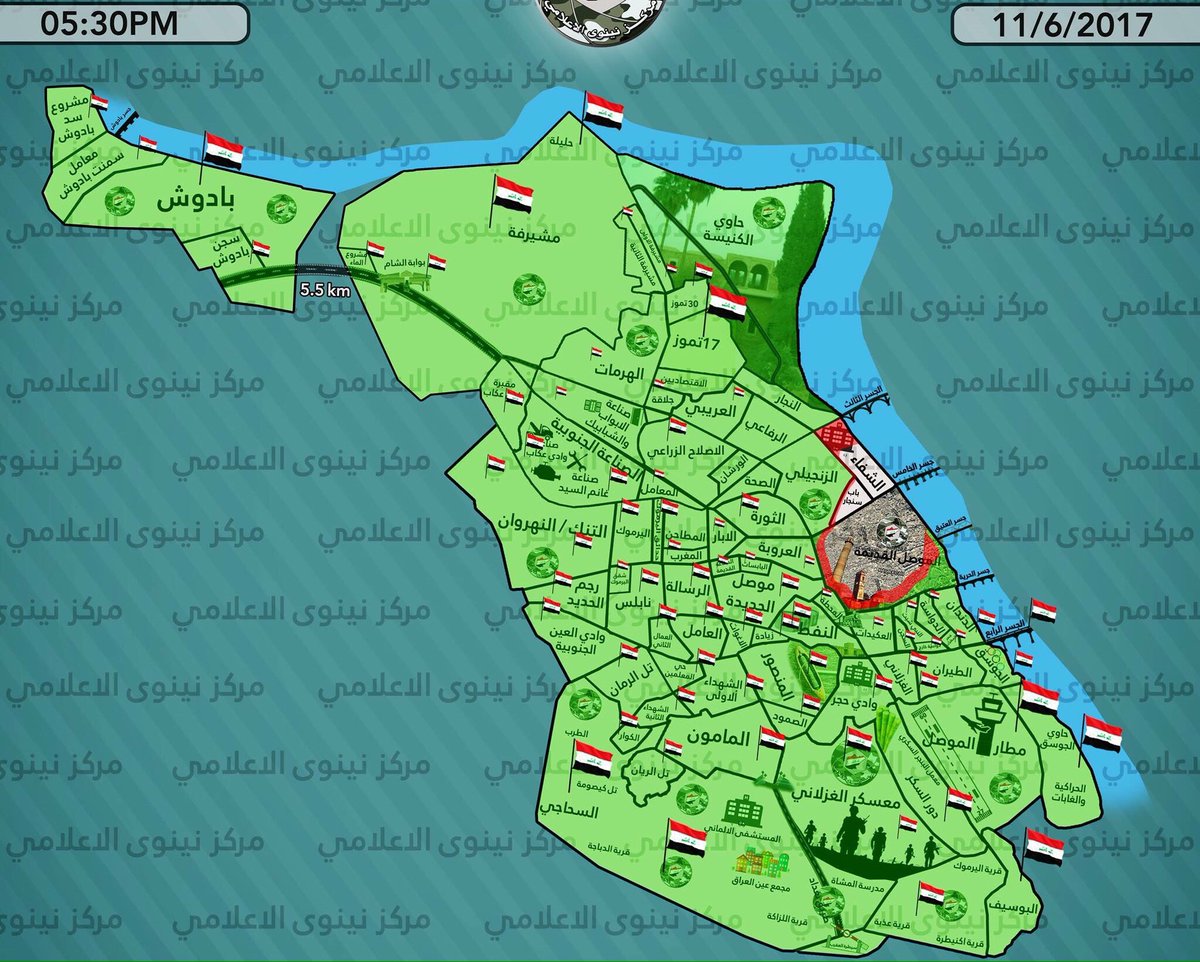 Maybe today it will be concluded?  Maybe tomorrow?  Who knows.

But it's been 236 days so far -- an operation that was supposed to take mere weeks has taken 236 days.


And what comes next?

Apparently more of the same.

amsiiraq‏ @amsiiraqEn  1h1 hour ago
(643)Iraqi men and children have been missed after kidnapping by Hashd Militia one year ago;we ask the PM :where are they? 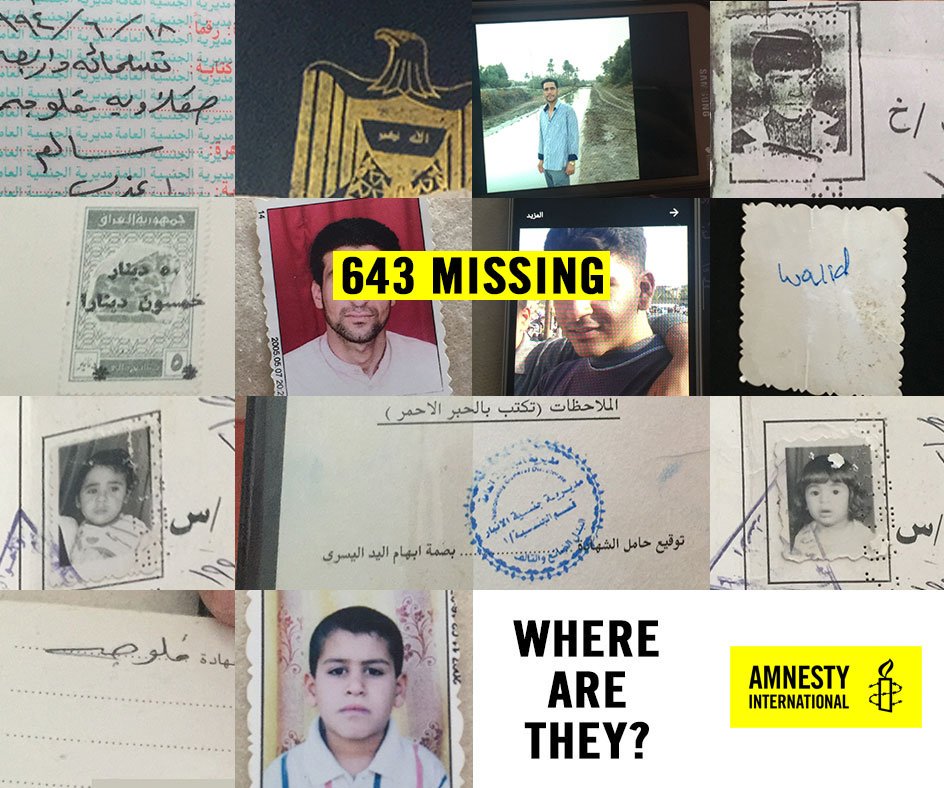 
It's exactly this sort of crime that gave fuel to the rise of ISIS in Iraq to begin with.

The corpses had been tossed on both sides of a virtually deserted side road leaving the village of Hamam Alil, 15 miles south of Mosul. Shriveled and discolored by the summer sun, they barely registered a glance from drivers rumbling past.
But all seven corpses had three things in common: Their hands had been tied behind their backs; they had been blindfolded; and, though they were decomposed, one could still make out the rictus of pain imprinted on their faces.
The gruesome remains were among at least 26 blindfolded and handcuffed bodies found in government-held areas in and around Mosul, Human Rights Watch said in a report last week, in what it concluded were extrajudicial killings probably carried out by government forces since the start of the operation to retake the city from Islamic State in October.


These are the problems that created the platform for ISIS to rise in Iraq.

These problems have not been addressed to this day.


Donald Trump is yet to meet or speak with his top commanders in Iraq and Afghanistan almost nearly five months in office.
Military.com, a veteran membership organization, detailed Trump's lack of contact with arguably the two most important US officials in the region.
The president does not communicate directly with the commanders - Lieutenant General Stephen Townsend in Iraq and General John W. Nicholson Jr. in Afghanistan - because they are 'three or four echelons below' him, a White House official told the website.
'The president does respect the chain of command and he gets the vast majority of his information from the top echelons of his national security teams,' the official said.


Oh, goody, a month later the press shows up.  From May 2nd's "Editorial: The conversation that didn't take place..." at THIRD:

Control will now be placed in the hands of those who are more familiar with the military since they are a part of it.

Isn't that the whole point in the president of the United States being commander in chief and not some general: Civilian control.

There are pluses and minuses to the issue -- both in terms of a President Donald Trump (who seems to alarm many) and in terms of the power structure itself.

But, strangely, it was one of last week's least noted and explored issues.

On PBS' gabfest WASHINGTON WEEK, it didn't even get a mention.

Worse, CBS' FACE THE NATION had a sit down with Trump yet failed to ask about the above.

Failed to ask about Iraq at all,

(Saturday night would bring news of another US military fatality in Iraq.  In fairness, John Dickerson interviewed Trump on Saturday before that news broke.)


Setting aside that Trump has done this, if any other person in the White House had turned over this power to the military, wouldn't we see it as shirking responsibility?


Thanks for catching up (finally), DAILY MAIL, and aren't we lucky that MILITARY.COM raised the issue so DAILY MAIL could pretend this was current.

Let's steer the press to the next place it will be in a month or so.


Douglas A. Silliman is the United States Ambassador to the Republic of Iraq. He arrived in Baghdad on September 1, 2016.
He served as Ambassador to Kuwait from 2014 until July 2016. In 2013-2014, he served as a Senior Advisor in the Bureau of Near Eastern Affairs in the Department of State in Washington, D.C., working on Iraq issues and the U.S.-Africa Leaders Summit. He was Deputy Chief of Mission at the U.S. Embassy in Baghdad, Iraq from 2012 to 2013 and Minister Counselor for Political Affairs in Baghdad from 2011 to 2012. He was the Deputy Chief of Mission in Ankara, Turkey from 2008 to 2011. He joined the Department of State in 1984 and is a career member of Senior Foreign Service.
Ambassador Silliman earlier served as Director and Deputy Director of the State Department’s Office of Southern European Affairs, as Political Counselor at the U.S. Embassy in Amman, Jordan, and as the Regional Officer for the Middle East in the Office of the Coordinator for Counterterrorism. Ambassador Silliman worked as political officer in Islamabad, Pakistan, in the Office of Soviet Union Affairs, as Lebanon Desk officer, and as Staff Assistant to the Assistant Secretary for Near Eastern and South Asian Affairs. He began his career as a visa officer in Port-au-Prince, Haiti, and a political officer in Tunis, Tunisia.
Ambassador Silliman received a Bachelor of Arts degree in Political Science summa cum laude from Baylor University in Waco, Texas, where he was also a member of Phi Beta Kappa. He earned a Master of Arts in International Relations from the George Washington University in Washington, DC.
He has received numerous awards from the Department of State, including the Secretary’s Award for Public Outreach in 2007 and senior performance awards. The American Foreign Service Association gave Ambassador Silliman its Sinclaire Language Award in 1993 and the W. Averill Harriman Award for outstanding junior officer in 1988. He speaks Arabic and French.

Those are Barack's confirmed US Ambassadors to Iraq.  Five in eight years -- part of the reason for the instability in Iraq.

Trump was sworn in back in January.

When does he plan to name a nominee for US Ambassador to Iraq?

Or is he farming out that duty as well?

The Mosul operation is going to end at some point.

And then there won't be anymore excuses for not doing anything about the root of Iraq's problems.

Where's the diplomacy addressing that issue?

There's not even a new team in place.

Is there a strategy?

As it is, Donald's using Barack's last ambassador as well as special envoy Brett McGurk.

For someone who wasn't happy with Barack's approach to Iraq, Donald has yet to propose any alternative.