TV Time Machine‏ @TVTimeMachine Jan 7
Diahann Carroll and Carl Betz have the whole world in their hands, after winning the 1969 Golden Globe Award for their starring roles in the NBC TV series Julia, and ABC TV series, Judd For The Defense. #GoldenGlobes 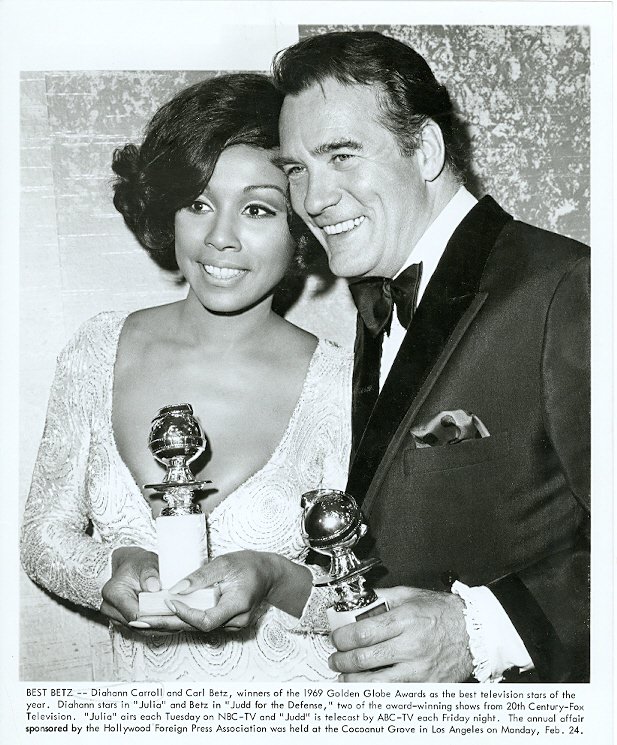 TodayTix‏Verified account @TodayTix Jan 10
"The lesson that I would hope everyone would learn quite early in their career is don't take it personally." - #DiahannCarroll #WednesdayWisdom 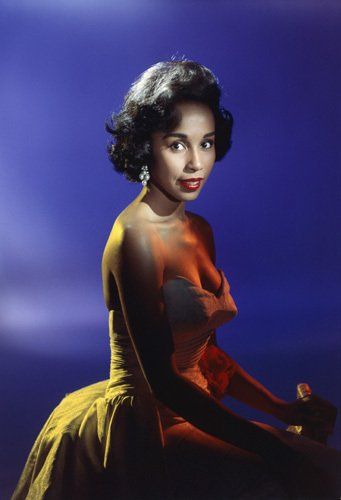 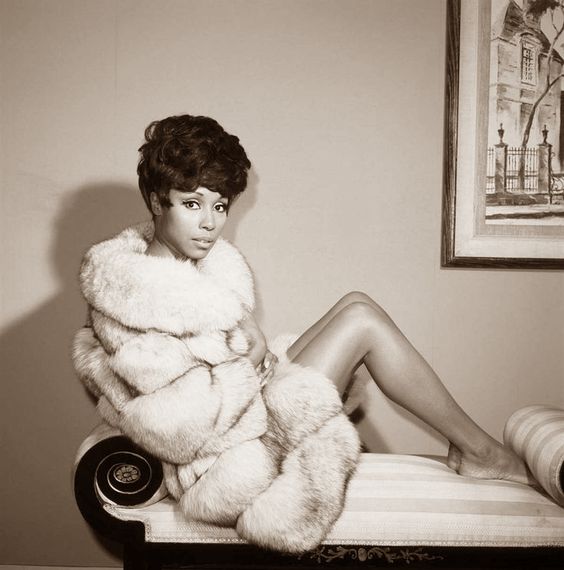 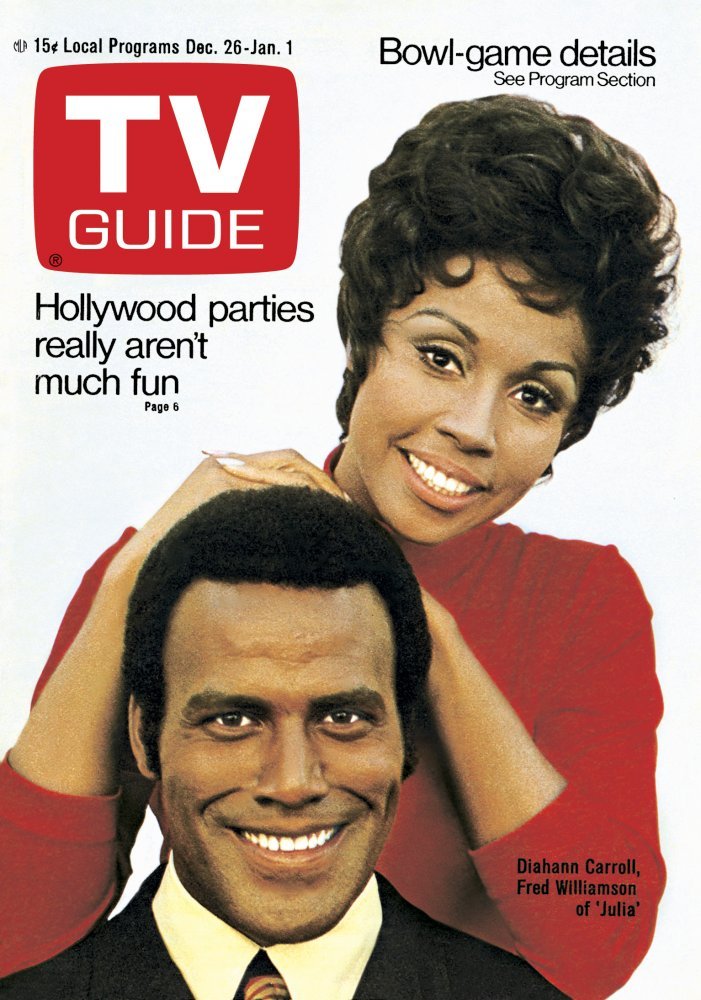 Greg F.‏ @DangerMollusk 16 Nov 2017
And speaking of Diahann Carroll, she was cast in NO STRINGS on Broadway in 1962. Her costar as her lover was Richard Kiley. Nothing in the play mentions race, making it quite progressive casting for its time.


What is going on?

Adam Kokesh Arrested! "If you don't hear from me, please come find me!" #FinallyFreeAdam Please help get Adam out of jail: kokesh.revv.co/wise Video: d.tube/#!/v/adamkokes…


A video of the second pullover that led to the arrest can be found on Facebook (and is embedded below). It shows highway patrol officers instructing Kokesh to shut off his camera at the point a police dog, off-camera, was said to have "alerted" to the RV. Kokesh was pulled over for driving 74 in a 65 zone, according to one officer in the video.
According to the Texas ACLU, the police do not have the right to demand a citizen stop videotaping willy-nilly though they have the loophole I'm sure they'd summon here regarding "truly interfering with legitimate law enforcement operations." The ACLU notes that "Professional officers, however, realize that such operations are subject to public scrutiny, including by citizens photographing them."
Jacob Sullum at Reason in a classic 2013 cover story demolished the probity of the "dog alert=suspension of Fourth Amendment rights" line of thought and practice.
A spokeswoman for the Wise County Jail confirms Kokesh is in their custody on four charges, one related to possession of under two ounces of marijuana, two related to possession of another controlled substance she was not able to specify, and one for "tampering and/or fabricating evidence with intent to impair" a police investigation. He will likely be arraigned and have bond set tomorrow.


The arrest follows Adam filing to seek the Libertarian Party's presidential nomination which may remind some of Adam's last arrest.  In April of last year, Adam was organizing a protest against the bombing of Syria when, immediately ahead of the protest, he was arrested.

Longtime activist and former Marine, Adam Kokesh, made a celebratory announcement today that he has officially filed all paperwork necessary to run as a candidate for the office of United States President in 2020.
That announcement took place around 12:30pm EST. At 12:40pm EST he was pulled over by Texas State Troopers for swerving and having suspicious tags on No Force One, his tour bus. A brief encounter took place before the tour bus’ ownership was established (Adam has a lease-to-own agreement with the bus’ owner) and Adam was allowed to go free.
Approximately 40 minutes later Adam was pulled over once again, this time for driving speeding along the Texas highway. This encounter was far more aggressive. State Troopers continually escalated the situation until bringing in a K-9 unit which “alerted,” near a storage compartment on the RV. Adam’s dog, Baloo, was also inside the RV.
At that point the State Troopers commanded Adam to turn off his camera and they proceeded to search and seize. He was then arrested and is being held with no charges currently.
We have to fight this injustice. Can you contribute now, to keep this fight alive?
Adam just finished a 4-month long tour across the country in November where he was not pulled over once. Are we to believe that this is just coincidence that he is pulled over twice within the hour after announcing his candidacy?
Along that tour we talked many times about how, “It would get ugly.” Well, here it is, folks.


In his book FREEDOM, Adam observes:


Understanding governments as competing protection rackets makes it possible to understand the reasons for war. Governments give all kinds of noble reasons for starting wars, but they are only as legitimate as any other propaganda. Today, most of them claim they only use military force for defensive purposes, but if all governments only fought defensive wars, militaries wouldn’t be necessary! Governments start wars to expand or strengthen their protection rackets.
Nothing encourages patriotism like war. Governments like war because patriotism leads people to sacrifice for the imagined collective and tolerate more oppression. Patriotism reinforces the essential myth that governments act on behalf of the people, and the language of war often confuses the government itself with the people. When two countries are at war, we often say that one country attacked another, but that is a misrepresentation of one government attacking another government’s territory. Or more precisely, a group of people wearing uniforms of one color from one place, killing people wearing uniforms of a different color from a different place. Countries don’t attack other countries. Governments use violence to expand their power.
Governments also like war because it is extremely profitable for a few special interests. Just the constant threat of war is enough to make the arms industry very profitable. Other than politicians, no one is more eager to buy bombs than a frightened population willing to give up everything to be safe. When a population is frightened enough to support a war, it will support increased taxation and buy war bonds. It will support a massive increase in the money supply, supposedly to pay for soldiers’ salaries and equipment, even though it will only enrich the bankers by devaluing everyone’s savings. Although war spending is clearly a way of diverting productive resources to destructive purposes, governments always count this spending in positive economic measurements to perpetuate the most dangerous myth that war is good for the economy.
War gives governments the excuses necessary to do the things they always want to, but usually can’t in peacetime. During war, governments claim to need new powers, supposedly necessary to protect from a new threat. Those who stand to profit from such wartime policies will attack opponents as unpatriotic. They always say these powers are temporary, but they’re often permanent. War has been used as an excuse to raise taxes, destroy privacy, enslave through conscription, and demand greater loyalty to the collective.
We might think a protection racket would not want to kill too many of its subjects, if only because of the loss of productivity, but governments don’t always behave rationally. They are always seeking more efficient means of exploiting us, but if they have to kill large numbers of people to maintain their oppression of the rest, they will. Sometimes they get carried away and kill so many that some of the oppressors are affected. Sometimes, governments and their beneficiaries truly lose out in the struggles between competing protection rackets, but war is still a very effective tool. Even with the loss of productivity, wars make governments more powerful.


It's an interesting argument especially as the Iraq War continues.

ISIS is defeated but the US isn't going anywhere.

The Royal Australian Air Force (RAAF) has flown its final strike mission over Iraq in the fight against Islamic State (IS), an RAAF chief marshal said on Tuesday night.
Australian F/A-18 Hornets have conducted operations in Iraq since October 2014, providing support to troops as they fought to reclaim Mosul and other cities from IS.
Marise Payne, Australia's Defence Minister announced in December that Australia's operations in Iraq would be wound back after the Iraqi government declared victory over the extremist group.

Australia's leaving and the US?


AP reports that the 10th Mountain Division Headquarters of Fort Drum will be deployed later this year to Iraq.  This news coming in the same week that another US service member is killed in Iraq (the 22nd since August of 2014), Spc Javion Shvonte Sullivan.


And, as Mike noted, 91 of those being deployed?  Members of the National Guard.  Weekend warriors?  The Iraq War is the weekend war that never ends.

Out of 1.3 million active US military personnel, about 450,000 are deployed overseas.  That’s right – nearly half a million Americans are deployed at over 600 bases in at least 130 different countries, at a time when we have exactly zero declared wars.
When are they coming home?
The victory over ISIS, while encouraging, doesn’t remotely put the War on Terror to bed.  Aside from the thousands of soldiers still fighting America’s longest war in Afghanistan and mopping up ISIS in Iraq and Syria, we have hundreds of even thousands of American troops in places like Norway and Poland, and a large Air Force presence in Somalia.
The last time the United States actually fought a Congressionally-declared war was in WWII, and that’s important because in the absence of a congressional declaration, we have slowly built up a perpetual military presence around the world, with no end in sight.
It wasn’t supposed to be this way.

But the US military presence in Iraq has always been about securing the US asset installed as prime minister.

It's never been about freedom or democracy or anything but protecting the fraudulent 'leader' of the Iraqi people.

From the Iraqi people whom he doesn't represent.

So unless the Iraqi people suddenly take to a coward who fled their country decades ago, only to return after the US-led invasion of 2003, the US military will be there forever.

Iraq’s prime minister Haider Al Abadi has said that the collapse of his own political alliance will not derail the country's upcoming general elections.
The vote, scheduled for May 12, is the first since security forces routed ISIL, but it has been thrown into doubt because of continued sectarian tensions.
Parliament will hold a session on Thursday to approve the election date.
But concern that the polls may be delayed has risen after the country’s main Sunni alliance, urged MPs to postpone it, to allow almost three million people displaced by the fighting to return to their homes.


Hayder's determined to hold onto elections in May even after his coalition splintered yesterday.  Probably because he's trying to run on "I put an end to ISIS."  Even though he didn't and he hasn't.  Even though the Baghdad bombings this week demonstrate the Islamic State continues.

The longer he waits, the more that reality sinks in.

And what if the Islamic State manages to seize another city in June?

He's got to push those elections and get them to take place in May.

As for the Sunnis?

And he's okay with that.

Sunnis in the Iraqi parliament want elections postponed in order to first allow areas ravaged by the war with ISIS to recover.

Citing public interest, social and political justice, and equal opportunity for all Iraqis, the Sunni coalition presented to demands to the parliament, according to documents published by Alghadeer online on Wednesday.

Swathes of Iraq, mainly Sunni, have witnessed largescale destruction in the war against the extremist group. Insecurity still remains in many of these areas and more than 2.5 million people are still displaced.

The Sunni coalition, known as the Union of Forces, requested elections be postponed “for a period no less than one year.”

Should elections proceed as tentatively scheduled on May 12, the Sunnis argue they should at least be postponed in the provinces most affected by the war.