Curiosity Rover‏Verified account @MarsCuriosity 10h10 hours ago
It's not a hot doughnut or the Eye of Sauron. This is the first image ever of a black hole. Supermassive congratulations to the whole @ehtelescope team. What can be accomplished by people and telescopes around the world working together is truly awesome. https://go.nasa.gov/2uUXH7r 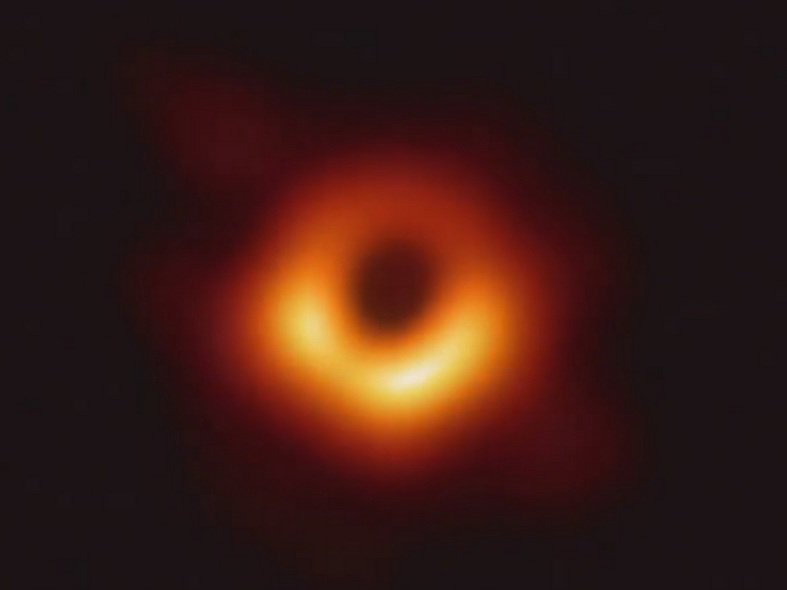 That is pretty incredible, isn't it?

And so is this.

Curiosity Rover‏Verified account @MarsCuriosity Apr 8
Don’t let your dreams be dreams. Back in 2011, before I launched for #Mars, Gale Crater was chosen as my landing site in part because of intriguing clays seen from orbit. I finally got beneath the surface of those clays. Science to come https://go.nasa.gov/2FXkhRP  #MondayMotivation 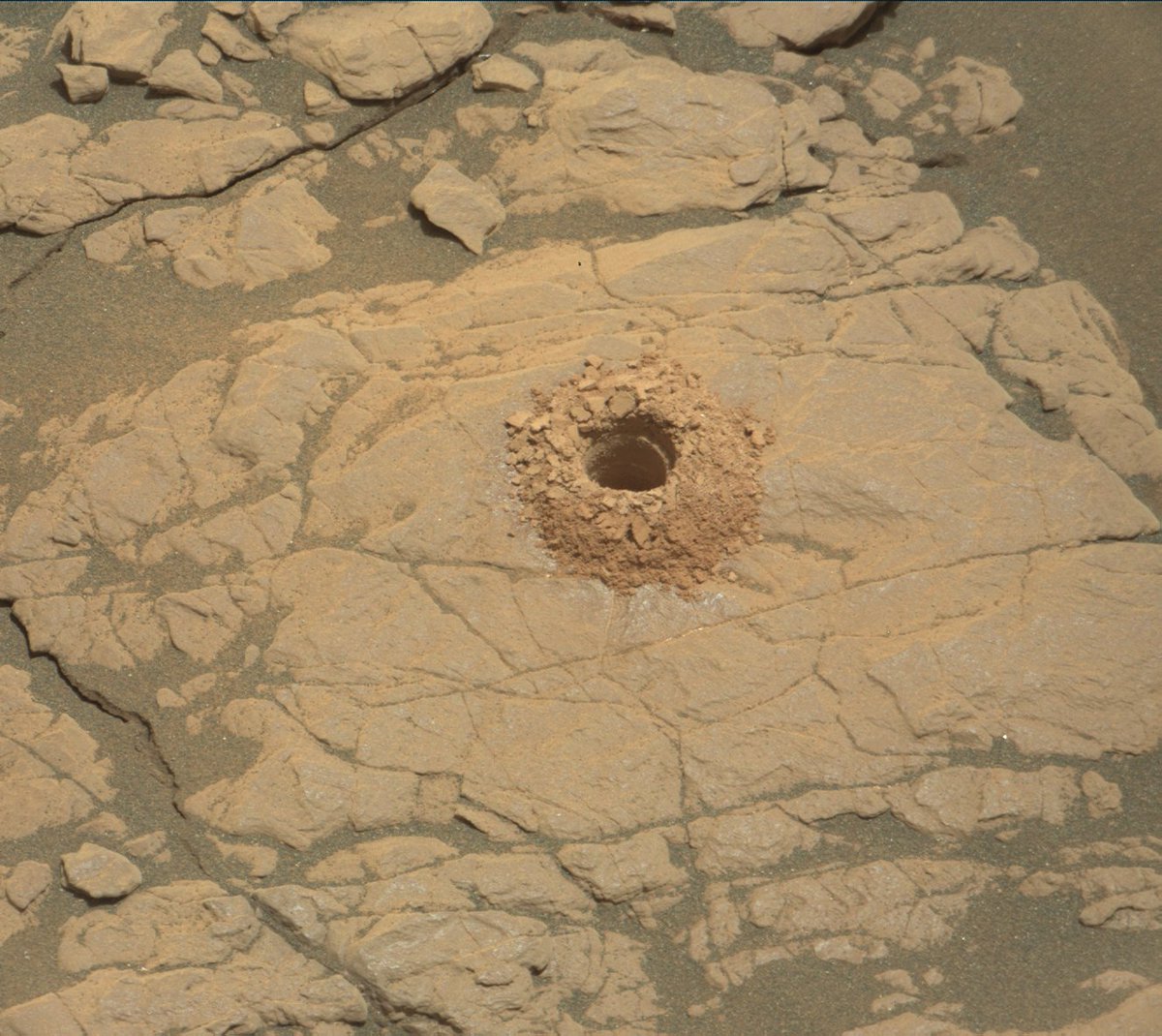 Why is Congress voting to make it harder & more expensive for Americans to do their taxes? Follow the money. Special interests, PACs, & corporations continue to purchase legislation like this. It's time to put people over PACs, country over corporations.
152 replies867 retweets2,890 likes

He is noting this article by Justin Elliott (PROPUBLICA) which opens:


Just in time for Tax Day, the for-profit tax preparation industry is about to realize one of its long-sought goals. Congressional Democrats and Republicans are moving to permanently bar the IRS from creating a free electronic tax filing system.
Last week, the House Ways and Means Committee, led by Rep. Richard Neal, D-Mass., passed the Taxpayer First Act, a wide-ranging bill making several administrative changes to the IRS that is sponsored by Reps. John Lewis, D-Ga., and Mike Kelly, R-Pa.
In one of its provisions, the bill makes it illegal for the IRS to create its own online system of tax filing. Companies like Intuit, the maker of TurboTax, and H&R Block have lobbied for years to block the IRS from creating such a system. If the tax agency created its own program, which would be similar to programs other developed countries have, it would threaten the industry’s profits.

And we're opening with Beto again because of that hideous 'fact check' by Glenn Kessler (see yesterday's snapshot).

The US government has been at war with Iraq through several administrations.  Beto noting this had Glenn in a tizzy.  It was time to whore and Glenn whored big but did so in a way that should make clear that the task of fact checking is far beyond his abilities.

He confuses a drawdown with a withdrawal.  Having done so with regards to 2011, he then has Barack Obama sending troops back into Iraq in 2014.  Poor Glenn, as Nanci Griffith notes, it's a hard life wherever you go (first appears on her album STORMS).

Iraq and the United States are negotiating an agreement that could result in the return of small units of American soldiers to Iraq on training missions. At the request of the Iraqi government, according to General Caslen, a unit of Army Special Operations soldiers was recently deployed to Iraq to advise on counterterrorism and help with intelligence.

Glenn isn't up to the task of fact checking but he rushed in because Beto was talking truth, that the current, ongoing war is a part of a larger war with Iraq that has gone on throughout one administration after another.  And you can be sure the Iraqi people are aware of that.  Glenn manages to be not only dishonest but also xenophobic.  Quite the hat trick, Glenn.  He disgraces himself and, as we've seen many times before when the press disgraces itself on Iraq (see the disgraced Micheal Kinsey trying to downplay The Downing Street Memo), it's attempting to distract the American people from the reality of the war.

Grasp that the current wave of the war, which began with the 2003 invasion, could not have happened without the US press selling the Iraq War with one lie after another.  If you missed it War Whore Christiane Amanpour declared this month that journalism was being hurt by charges of fake news.  Whores like Christiane make those claims a lot -- they don't own up their Iraq War coverage -- which was nothing but fake news -- but they make those claims a lot.

War whore enough and you'll be employed by CNN, ABC and PBS.  And you can use your posts -- as she has -- to advocate for war -- as she has.

There was never any accountability for the lies the press told to start the Iraq War.  Judith Miller was made the sacrificial goat but she wasn't the only problem and, let's remember, Judith believed the lies herself.  Many who knew better repeated the lies.

There was no reckoning for those lies, for that press failure.

Beto is running for the Democratic Party's presidential nomination and talking truths about Iraq is resulting in some really ugly press.  (See March 30th's "Beto talks Iraq and Edward-Isaac Dover is in a tizzy.")  The truth must not be told on Iraq.  Were it to be told, the press whores might be held accountable.  Amanwhore couldn't hop on her high horse and blather on about how 'fake news' charges hurt her profession.  No, you stupid idiot, what hurts your profession is the whoring you've done.  And you deserve every criticism and more, people are dead because of your whoring.

The war’s financial and human costs have been astronomical. Brown University’s “Costs of War” project contends that the United States spent over $800 billion in direct war appropriations in Iraq through 2016, with billions more having been requested since. Nearly eight thousand U.S. servicemembers and Department of Defense contractors were killed, with another thirty-two thousand wounded. Several hundred more NATO troops have perished alongside U.S. forces, amid the hundreds of thousands of Iraqi civilians and security personnel that were killed in combat and from war-related causes. In total, the death toll likely surpasses half a million.

In Iraq, the flooding remains an issue.

PM @AdilAbdAlMahdi: We are monitoring closely developments in areas of Iraq affected by recent floods, and have mobilised resources to assist the communities impacted and help them recover. We are also acting to channel much of the flood waters to reservoirs.
1 reply0 retweets1 like

Iraq's water ministry sought on Tuesday to quell fears that dams could collapse, as the country's main water reservoirs reach or near capacity after a very wet winter.

"We are in control of the dams and reservoir levels", said water ministry spokesman Aoun Diab.

"We are not worried about their safety or stability," he told AFP.


Weeks of rain — compounded by melting snowcaps in neighbouring Turkey and Iran — have almost filled Iraq's four central reservoirs and swelled its two main rivers, the Tigris and Euphrates.

The Dukan reservoir in the northeast is holding more than its seven billion cubic metre capacity, with excess flowing out, Diab said.