I will not forget the nonsense out of Iowa

I think most of us feel that way.

Where are the numbers?  The final numbers?

Iowa should have to pay for this.  They're not fit to lead off the primary season.  They've proven that. As even Chris Cuomo said -- and he said it Monday night on CNN, we're now Tuesday night -- they had one job.  One job.

And they failed miserably.

Tuesday, February 4, 2020.  Iowa results have still not been released, a desperate Joe Biden hopes to fundraise heavily before the results come out, protests continue in Iraq, the issue of the US leaving Iraq is discussed in public forums in the US, and much more.

Starting in the US where War Hawk Joe Biden had his "Tyrone" moment last night in Iowa.

I represent the second largest county in Iowa. Joe Biden was not viable in my precinct. By the second alignment, he had one supporter and received zero delegates. There’s a lot going on rn, but Biden’s poor performance in MUST-WIN areas should be concerning to Dems. #iacaucus
161 replies1,190 retweets6,614 likes


We don't know the 'official results.'  Why?  One reason is Joe Biden learned from Iraq's thug Nouri al-Maliki.

Barack Obama put Joe in charge of Iraq.  It was 2010 and elections were held in March.  Nouri and the press knew he would win . . . but he didn't.  So he immediately threw a fit insisting the results were wrong and whining.  Eventually two or three more votes were tossed his way but he still lost.

Joe's doing something similar with his screeching that the Iowa results cannot be released yet.

Whether we're going by THE NEW YORK TIMES' tracking of the caucus or what the heads of various caucuses are saying, Bernie Sanders won.

Why throw a fit?

To delay that reality.  The campaign's got orders to spend this morning digging out as much corporate dollars as they can.  They're supposed to be sunny and upbeat when the reality is Joe's campaign is cratering financially and if donors realize that and realize how poorly he did in Iowa, it's over for Joe.  There's no money to go forward.  If donors grasp that Mayor Pete is a better shot than Joe, they will abandon Joe and pour their money into Pete's campaign.

Joe is on the ropes and he knows it.  The campaign knows it.  Few got any sleep last night.  There was a heated strategy session following Joe's live remarks streamed on the net.

A sane person would grasp that it's over and admit it.  There aren't any sane people -- including Joe -- in charge at Team Biden.

Say what you will about 2008 Joe, at least he was smart enough to drop out the morning after the Iowa caucus.  By the way, NYT and the Sanders campaign both have Joe coming in fifth.

That's where he came in back in 2008.  Fifth.  Iowa doesn't like him.  Fifth, he's not electable.  At some point, the results get released and (unless some of the serious issues Max Blumenthal and others are raising bear out) and we see he came in fifth again.

Joe's not likable.  Why is that?

Maybe because he's a perv.

The hot mess in Iowa had two specific purposes: #1) Hide the lack of support for Joe Biden #2) Ensure Bernie Sanders did not gain momentum... That's it. At the end of this predictable rainbow is this: 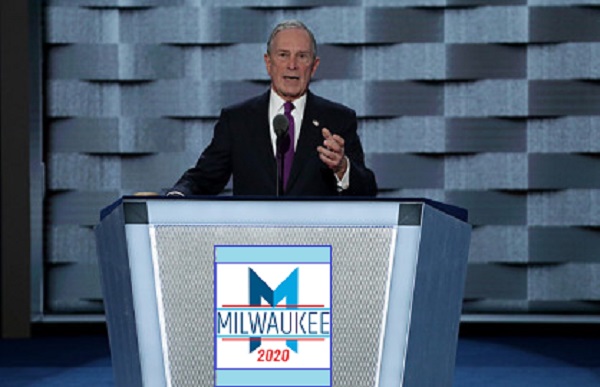 Chris Matthews called it last night on MSNBC, "I don't know if he [Joe] is going to make it."  He wouldn't be around right now if the results had been released.

Loser Joe.  That reality will now impact the polling.  People who bought into the media lie that Joe was the most electable will be confronted with the reality that Joe's not all that electable.  We saw this in 2008 as well.  As 2007 wound down, Hillary Clinton led in the national polls.  But then Barack won Iowa and she didn't seem so electable and her support dropped.

Joe should be packing it in right now.  Most of his staffers know they can't revive the corpse.  Why Joe refuses to admit it is anyone's guess.

Pete and Mike Bloomberg -- because they stand the most to benefit if Joe withdraws -- should be calling for him to drop out.  They should be arguing that this election is too important for vanity campaigns and that the voters have spoken so Joe should leave the race.

From snowy Denver, my message is simple: tonite is the beginning. We’re gonna make #PresidentSanders a reality, whether the establishment likes that or not. Stay focused. Redouble your efforts. Let’s do this. 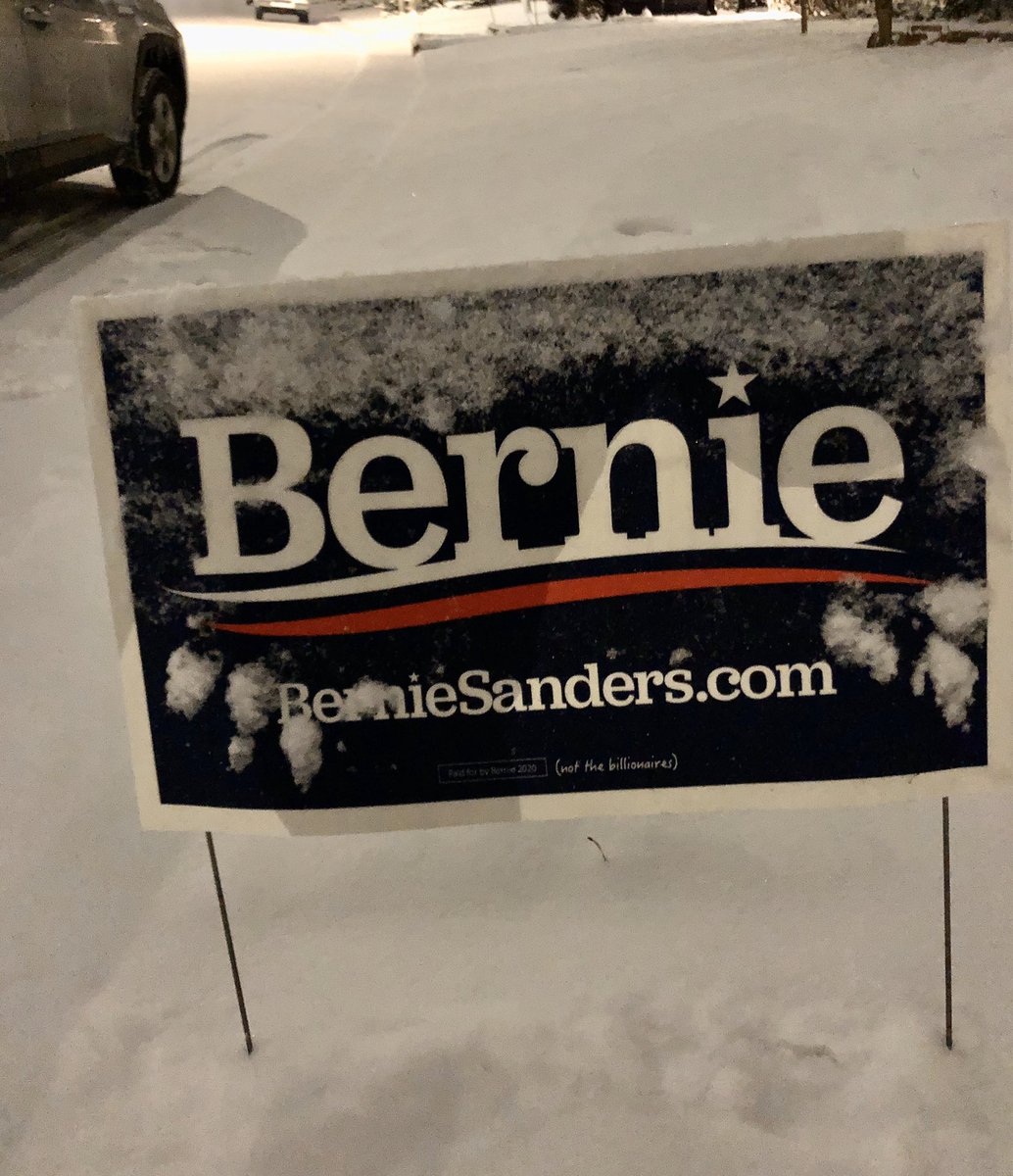 David Sirota Retweeted David Sirota
Let’s get #PresidentSanders trending for all the volunteers and staff who worked their hearts out in Iowa — and who launched this amazing grassroots campaign that’s gonna transform this country.
David Sirota added,


Let's get "loser Joe" trending so that the campaign has no luck this morning trying to scrape up money from various corporate donors.

Joe's not the only one who needs to get their act together.  The Democratic Party in Iowa needs to get it together as well.  There are no ballots to count.  The whole point of the caucus system is that they are open and transparent and, yes, immediate.  This is outrageous that they cannot release their results hours after the caucus has ended.

There's no excuse for it.

If they haven't released their results in the next few hours, Iowa needs to be pulled from the front of the 2024 campaign and stuck in a spot sometime after Super Tuesday.  If they can't get their act together, that's what needs to happen.  Did no one do a dry run on the new software and equipment?  Was there no preparation at all?

Sounds like someone's gotten too comfortable with getting the first event every election year.  Their actions (inaction) are sewing distrust in the vote.  They need to release the totals immediately.

In Iraq, the protests continue.

New painting themed around the ongoing protests in Iraq by Assyrian artist Nenous Thabit, titled "Will of the People." 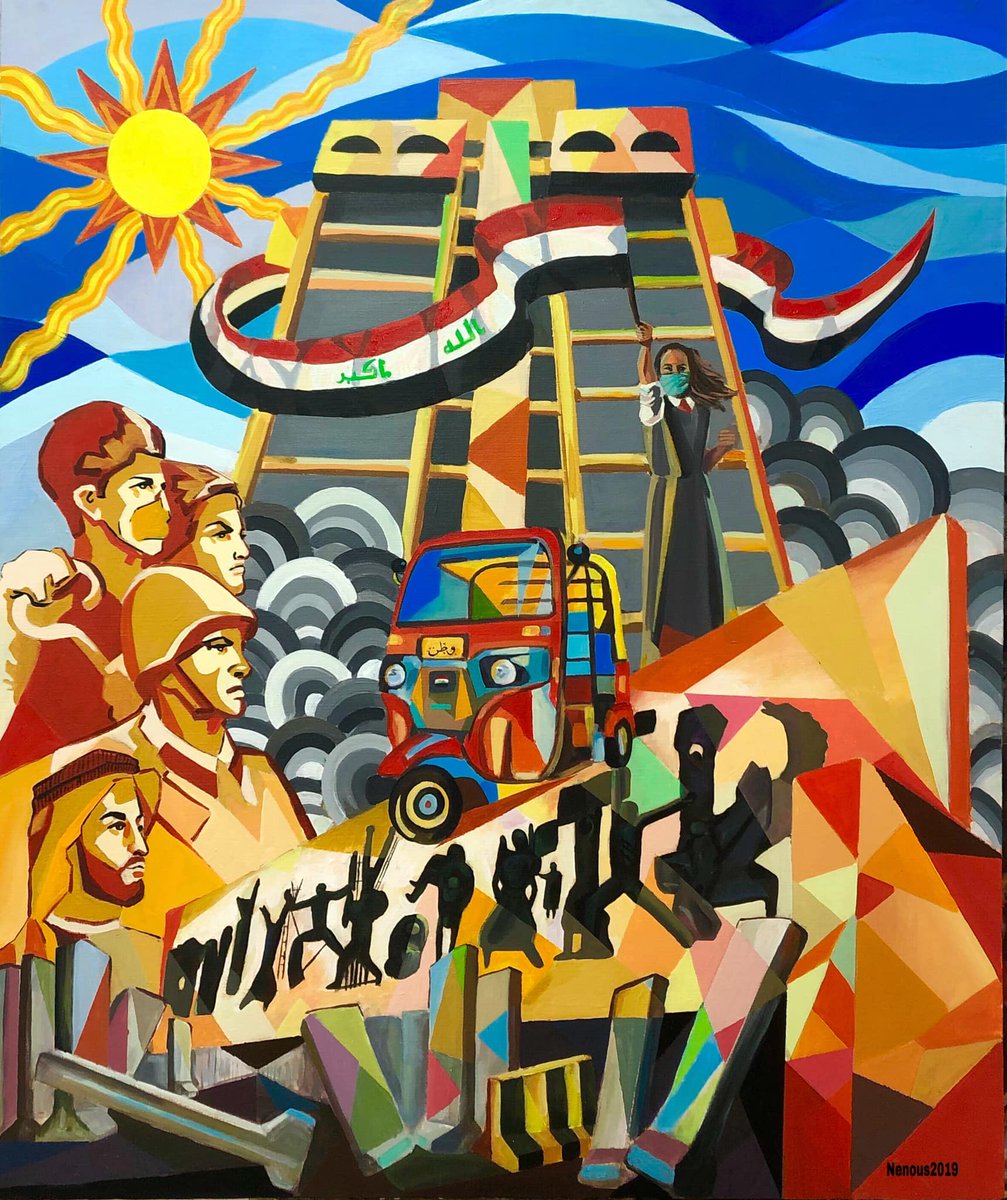 
The Iraqi people are protesting against corruption, they want a responsive government.

Radical cult leader Moqtada al-Sadr has responded to these demands by sending his goons to attack the protesters.  See yesterday's "Moqtada's goons attacking Iraqis in the street" and "Editorial: Moqtada is a thug."  Moqtada al-Sadr and his cult of thugs are ignoring what Grand Ayatollah Ali al-Sistani called for in last Friday's prayers.  Even some of his most deluded followers must grasp that.

Anti-government demonstrators face off against followers of influential cleric Moqtada al-Sadr in protest squares across Iraq, a day after one demonstrator was killed in a clash between the two sides.
0 replies5 retweets6 likes

“ Our homeland here is your youth, we came out without the need for a tweet” in direct reference to Muqtada Al Sader’a loyalist who answer to his tweets and calls to protest on twitter: #IraqProtests #Iraq
56 replies249 retweets1,758 likes


At THE WASHINGTON POST, THE NATION's Katrina vanden Heuvel argues:

The question of Iraq — whether we should leave or stay — again looms over a U.S. presidential election. In 2016, President Trump was elected in part because he promised to end endless wars and bring U.S. forces home from Iraq and other Middle East conflicts.
But the United States now has more boots on the ground in Iraq and Syria than when he was nominated. And Trump himself is now leading the forever war lobby arguing that U.S. forces must stay in Iraq in defiance of the Iraqi request for them to leave.


Trump’s broken promise on Iraq will hurt him in the 2020 election, and, given his narrow margin of victory in key battleground states, it could be the reason for his defeat. But the Democrats should not rest on this prospect alone. They should actively make it happen by convincing the public (or more precisely, those Americans who voted for Trump in 2016 because of his position on endless wars) that they can deliver when Trump could not.