ARMAGEDDON -- among other films -- has a plot about an asteroid hitting the planet. Could we deflect it the way we've done in films?  Change its trajectory to save the Earth?   NASA carried out a test exercise yesterday.

So it worked there.  Hopefully, it would work again,  When do you think our planet will end?

I think it will end because we refuse to appreciate it or honor it.  We can't even keep it clean.

But even if we could and we were able to address climate change, one day, life on the planet will end.

Tuesday, September 27, 2022.  Some 'movement' on the political situation in Iraq while Ed Snowden is granted citizenship in Russia.

Russian President Putin has granted US whistle-blower Edward Snowden Russian citizenship Snowden fled the US and was given asylum in Russia after leaking secret files in 2013 that revealed vast domestic and international surveillance operations carried out by the NSA. 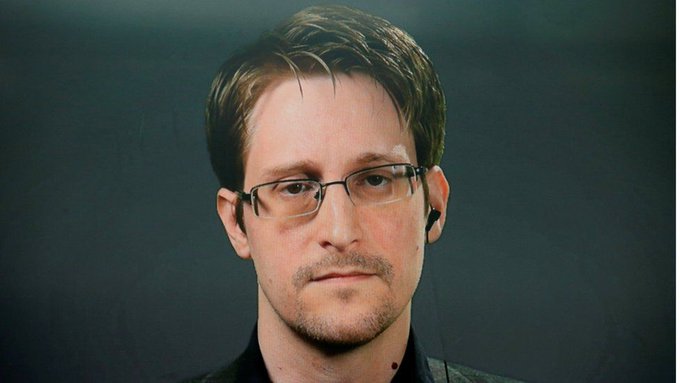 Think what you want about Snowden and Russia. He did an immense public service by exposing mass surveillance programs that multiple courts later found to be unconstitutional. The newspapers that happily collected prizes for their reporting on the abuses should say this clearly.
12:59 PM · Sep 26, 2022

In his most recent column, Ed Snowden notes:

The CIA was founded in the wake of the 1947 National Security Act. The Act foresaw no need for the Courts and Congress to oversee a simple information-aggregation facility, and therefore subordinated it exclusively to the President, through the National Security Council he controls.

Within a year, the young agency had already slipped the leash of its intended role of intelligence collection and analysis to establish a covert operations division. Within a decade, the CIA was directing the coverage of American news organizations, overthrowing democratically elected governments (at times merely to benefit a favored corporation), establishing propaganda outfits to manipulate public sentiment, launching a long-running series of mind-control experiments on unwitting human subjects (purportedly contributing to the creation of the Unabomber), and—gasp—interfering with foreign elections. From there, it was a short hop to wiretapping journalists and compiling files on Americans who opposed its wars.

In 1963, no less than former President Harry Truman confessed that the very agency he personally signed into law had transformed into something altogether different than he intended, writing:

“For some time I have been disturbed by the way CIA has been diverted from its original assignment. It has become an operational and at times a policy-making arm of the Government. This has led to trouble…”

Many today comfort themselves by imagining that the Agency has been reformed, and that such abuses are relics of the distant past, but what few reforms our democracy has won have been watered-down or compromised. The limited “Intelligence Oversight” role that was eventually conceded to Congress in order to placate the public has never been taken seriously by either the committee’s majority—which prefers cheerleading over investigating—or by the Agency itself, which continues to conceal politically-sensitive operations from the very group most likely to defend them.

"Congress should have been told," said [Senator] Dianne Feinstein. "We should have been briefed before the commencement of this kind of sensitive program. Director Panetta... was told that the vice president had ordered that the program not be briefed to Congress."

How can we judge the ultimate effectiveness of oversight and reforms? Well, the CIA plotted to assassinate my friend, American whistleblower Daniel Ellsberg, in 1972, yet nearly fifty years of “reforms” did little to inhibit them from recently sketching out another political murder targeting Julian Assange. Putting that in perspective, you probably own shoes older than the CIA’s most recent plot to murder a dissident... or rather the most recent plot that we know of.

If you believe the Assange case to be a historical anomaly, some aberration unique to Trump White House, recall that the CIA’s killings have continued in series across administrations. Obama ordered the killing of an American far from any battlefield, and killed his 16 year-old American son a few weeks later, but the man’s American daughter was still alive by the time Obama left.

Within a month of entering the White House, Trump killed her.

She was 8 years old.

It goes beyond assassinations. Within recent memory, the CIA captured Gul Rahman, who we know was not Al-Qaeda, but it seems did save the life of Afghanistan’s future (pro-US) President. Rahman was placed in what the Agency described as a “dungeon” and tortured until he died.

They stripped him naked, save a diaper he couldn’t change, in a cold so wicked that his guards, in their warm clothes, ran heaters for themselves. In absolute darkness, they bolted his hands and feet to a single point on the floor with a very short chain so that it was impossible to stand or lie down – a practice called “short shackling” – and after he died, claimed that it was for his own safety. They admit to beating him, even describing the “forceful punches.” They describe the blood that ran from his nose and mouth as he died.

As a reminder, US courts repeatedly ruled the programs Edward Snowden disclosed to us and enabled us to report were *unconstitutional and illegal violations of Americans' privacy rights*. I can't imagine the serf-like mentality needed to oppose this.

theguardian.com
NSA surveillance exposed by Snowden was illegal, court rules seven years on
Appeals court says intelligence leaders who defended dragnet – which was revealed by Snowden to the Guardian – were not telling the truth
12:54 PM · Sep 26, 2022

The Iraqi and Kurdish women stated that they took a step against the invasion attacks carried out by the invading Turkish state in South Kurdistan in an attempt to “stop Turkish aircraft that put the peace and security of the region in jeopardy and kill the Kurdish people.”

Interviewed by Rojnews, the activists said that they wanted to collect 1 million signatures to denounce the invasion attacks of the Turkish state.

Ala Qeytan, head of the International Inanna Media Institution, stated that all political parties in Iraq should support their campaign in order to end the occupation of the Turkish state. “The Turkish violation of Iraqi sovereignty should be taken to the United Nations. Furthermore, Iraqi forces who want to remove the Turkish state from Iraqi territory should be endorsed,” Qeytan added.

Meanwhile, October 10th, Iraq held elections.  All this time later -- thirteen days shy of one year -- still no prime minister, still no president, still on Cabinet of Ministers.  There has been talk that this week will some sort of a power-sharing alliance announcement.  Though that hasn't happened, there has been movement on the political stalemate today -- movement backwards.   Mohammed al-Halbousi, the Speaker of Parliament, has announced his resignation.  AFP notes:

The speaker "is not planning to resign but by allowing a potential vote of confidence to go ahead he is expecting his coalition partners to back him strongly", Sajad Jiyad, a fellow at the Century International think-tank, told AFP.

He said the aim was to "end any further attempts to unseat him.

"This will cement his position as political leader of Iraq's Sunnis and put pressure on" Shiite and Kurdish parties to form a government, Jiyad added.

I'm reading a lot of garbage elsewhere and don't want to link to the nonsense.  Mohammed al-Halbousi?  THE NATIONAL, for example, wastes of ton of words but never says anything.

And the decision was made all the easier -- pay attention at THE NATIONAL -- because Mohammed became Speaker of Parliament . . . in September 2018.  All they did in 2022 was retain him in the post -- not as a 'caretaker' but as the new Speaker.  That's the only progress they made and when he was (re)voted in, the attitude was: We had an election to just retain the same people?

We'll wind down with this from Black Alliance for Peace:

SEPTEMBER 19, 2022—October 1, 2022 is the 14th anniversary of the launch of the U.S. Africa Command (AFRICOM). Yet, jihadist terrorist violence on the African continent has increased since the founding of AFRICOM and NATO’s destruction of Libya resulting in civilian casualties and instability, which the West has used as pretext and justification for the continued need for AFRICOM. Since its founding, coups carried out by AFRICOM-trained soldiers have also increased.

That is why the Black Alliance for Peace (BAP) is organizing an International Month of Action Against AFRICOM in October. This is an effort to raise the public's awareness about how the presence of U.S. military forces exacerbates violence and instability throughout the continent.

Despite its rhetoric, the purpose of AFRICOM is to use U.S. military power to impose U.S. control on African land, resources and labor to service the needs of U.S. multinational corporations and the wealthy in the United States. It also serves as a major boon to “defense” contractors.

AFRICOM is a direct product of NATO via the U.S. European Command (EUCOM), which originally took responsibility for 42 African states. In 2003, NATO started expanding; four years later, in 2007, EUCOM commander James L. Jones, who was also NATO commander of operational forces, proposed the creation of AFRICOM.

NATO has become a huge global axle in the wheel of the military industrial complex, which includes more than 800 U.S. military bases around the world as well as  joint bases or relationships with almost all African countries. These are all controlled by the U.S. empire for realizing the U.S. policy of Full Spectrum Dominance, which is driven by the ferocious appetite of international finance  capital.

NATO continues today in the form of AFRICOM facilitating wars, instability and the corporate pillage of Africa. This hypocrisy explains why 17 African nations abstained from the March 2 United Nations resolution condemning Russia. One African state, Eritrea, even voted no. Their experiences with NATO and AFRICOM ensure skepticism of self-proclaimed noble motives.

Motives such as bill H.R. 7311, the “Countering Malign Russian Activities in Africa Act',' a racist affront to African sovereignty designed to dictate what bi-lateral relations African states are permitted to have.

That is why we call on our friends and allies to endorse this month as an individual or organization. Beyond that, we are calling on you to participate each week using our calls to action, for which we have provided materials on our webpage. Each week’s call to action ranges from watching our kick-off webinar to organizing mass actions like banner drops, facilitating teach-ins using our materials and spreading the word using BAP’s custom graphics.

The Black Alliance for Peace calls for the dismantling of NATO, AFRICOM and all imperialist structures. Africa and the rest of the world cannot be free until all peoples are able to realize the right of sovereignty and the right to live free of domination.