Isaiah's THE WORLD TODAY JUST NUTS "A Gift From Hillary." 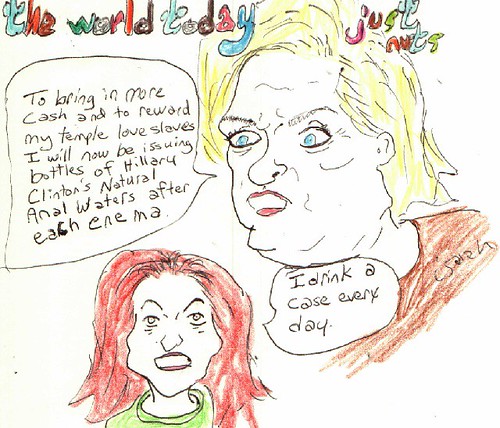 My credit card that I use for NETFLIX just got replaced.  Maybe I won't update them on it?

I may drop it.

SENSE8 was the best show they had.

Friday, June 2, 2017.  Chaos and violence continue, NATO sets up in Iraq, The Mosul Slog continues and much more.

It's a truism that the world has grown numb to terrorist attacks outside the West. When the Islamic State set off a car bomb on Tuesday outside a popular ice cream shop in Baghdad, killing 13 people and wounding dozens more, no candlelight vigils took place in Western cities. No imperial monuments were lit up in Iraqi colors in European capitals. When militants set off a devastating explosion in Kabul's diplomatic enclave on Wednesday, killing at least 80 people and injuring hundreds more, no CNN anchor uploaded the flag of Afghanistan on social media. No pop stars organized solidarity concerts.

Part of the contrast, of course, is the extent to which we are used to hearing these stories. In the global news cycle, a bombing in Baghdad or a Taliban strike in Kabul is like a typhoon in the Pacific or a Sean Spicer gaffe. These things happen. If we pay attention at all, we do so fleetingly, grimace at the calamity and move on.

Tharoor blames lays out a lot of blame for why that is in his column but neglects the media.

How do you do that?

How do you ignore the media?

The media is how the information is transmitted.

And the media is the problem.

You need huge numbers to feel moved if all you have is numbers.

Hope that she would be the first named proved false because she was the only one named.

And this happens over and over.

The media is not doing its job.

Iraq and Afghanistan are US wars but the press can't be bothered with them on most days. 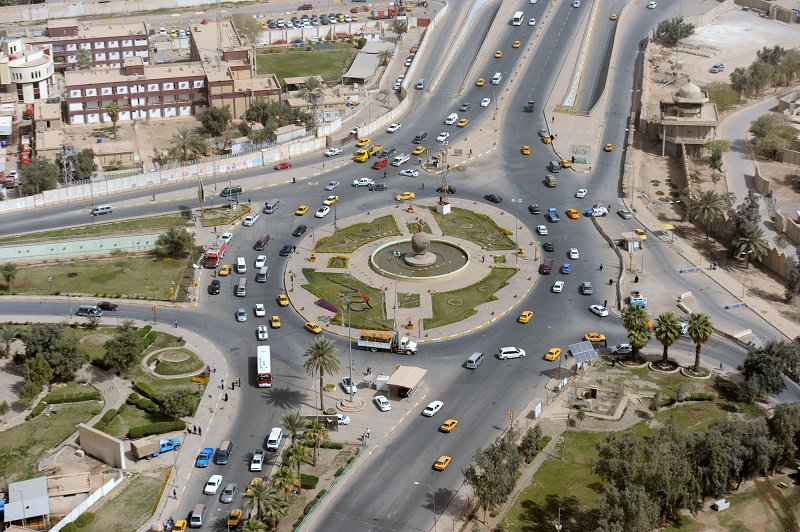 
Those deaths have been largely off the media radar.

The rare attention the western media gives to Iraq usually focuses on Mosul (and usually works overtime to paint that battle as a success).


The United Nations' count for May:


Baghdad, Iraq, 01 June 2017 – A total of 354 Iraqi civilians were killed and another 470 injured in acts of terrorism, violence and armed conflict in Iraq in May 2017*, according to casualty figures recorded by the United Nations Assistance Mission for Iraq (UNAMI).

According to information obtained by UNAMI from the Health Directorate in Anbar, the Governorate suffered a total of 136 civilian casualties (47 killed and 89 injured). Figures are updated until 31 May, inclusive.

Special Representative of the Secretary-General (SRSG) for Iraq, Mr. Ján Kubiš, decried the terrorists’ continued targeting of civilians, before and in the early days of the Islamic holy month of Ramadan.

“The terrorist[Islamic State] is in its death throws in Mosul, but it has continued to stretch its wicked arm there and in other areas to relieve the military pressure on it, deliberately aiming to kill and maim the maximum number of civilians. [The Islamic State] has attacked with explosives a busy ice cream shop in Baghdad where families gathered at night after Iftar. The terrorists also hit on a street outside a government pension office in the capital, and struck as far as the city of Basra in the south.”

The SRSG lamented the loss of civilian lives as a result of the many bombings but he was confident that the carnage committed by [the Islamic State] will not derail the efforts of the Iraqis to rid their country of the terrorists.

“The people of Iraq are resolute in their drive to liberate their land. As painful as they are, these despicable attacks will serve to only increase this determination,” Mr. Kubiš said.


*CAVEATS: In general, UNAMI has been hindered in effectively verifying casualties in conflict areas. Figures for casualties from Anbar Governorate are provided by the Health Directorate and are noted in the May casualty report. Casualty figures obtained from the Anbar Health Directorate might not fully reflect the real number of casualties in those areas due to the increased volatility of the situation on the ground and the disruption of services. In some cases, UNAMI could only partially verify certain incidents. UNAMI has also received, without being able to verify, reports of large numbers of casualties along with unknown numbers of persons who have died from secondary effects of violence after having fled their homes due to exposure to the elements, lack of water, food, medicines and health care. Since the start of the military operations to retake Mosul and other areas in Ninewa, UNAMI has received several reports of incidents involving civilian casualties, which at times it has been unable to verify. For these reasons, the figures reported have to be considered as the absolute minimum.

****************
For more information, please contact: Mr. Samir Ghattas, Director of Public Information/Spokesperson
United Nations Assistance Mission for Iraq, Phone: +964 790 193 1281, Email: ghattass@un.org
or the UNAMI Public Information Office: unami-information@un.org
It's interesting how they've not only dropped the count of the Iraqi forces at the orders of the Iraqi government but they've also adopted the language of the Baghdad-based government.
Even more interesting, they continue their 2014 practice of being unable to give reliable figures for Anbar.  Three years and counting.
The above undercount still manages to convey that this is an ongoing war and that -- though Mosul may steal the spotlight -- it going on across Iraq.
Saagar Enjeti (THE DAILY CALLER) reports:

The Pentagon is asking for more a billion dollars in a multi-year commitment to the Iraqi Security Forces (ISF), in a sign the U.S. role in Iraq and Syria is likely continue for the majority of President Donald Trump’s first term.
The budget provision is likely a facet of Secretary of Defense James Mattis and Trump’s overarching strategy to defeat the Islamic State. The new budget request will provide the ISF with hundreds of millions of dollars in weapons to help the ISF contain the fall out from the Islamic State’s defeat in the city of Mosul.


Fourteen years and counting, it's a never-ending war.


For any doubting that reality, the North Atlantic Treaty Organization (NATO) announced yesterday:


NATO marked an important step in its deepening relations with Baghdad on Thursday (1 June 2017), as Mr. Paul Smith of the United Kingdom assumed office as NATO Senior Civilian in Iraq. Mr. Smith will represent the NATO Secretary General and the Alliance at large, as NATO continues to help strengthen the Iraqi security institutions in their fight against terrorism. Mr. Smith succeeds Mr. Richard Froh of Canada, who served in the same capacity over the past months.

Mr. Smith will liaise with a range of interlocutors, including high-level Iraqi officials, representatives of the Global Coalition to Defeat ISIS, the diplomatic community, and members of international organizations, including the United Nations and the European Union. He will also be at the helm of the NATO Training and Capacity Building presence in Iraq (NTCB-I). This includes a Core Team of eight civilian and military personnel as well as mobile training teams – provided by NATO nations – who travel to Iraq, as required, to provide specific courses agreed with the Iraqi authorities.
NATO’s support to Iraq is aimed at increasing Iraq’s training capacity in the medium and long term. It includes courses on countering improvised explosive devices, explosive ordnance disposal and de-mining; civil-military planning in support of operations; civil emergency planning; training in military medicine; technical maintenance of Soviet-era military equipment; and reform of the Iraqi security institutions.
NATO-Iraq relations are underpinned by an Individual Partnership and Cooperation Programme signed in September 2012, which provides a framework for political dialogue and tailored cooperation in mutually agreed areas, and a Defence Capacity Building Package for Iraq, agreed in 2015.
Prior to taking office as NATO Senior Civilian Representative in Iraq, Mr. Smith served in senior roles at the NATO Communications and Information Agency; Supreme Headquarters Allied Powers Europe; and the UK Ministry of Defence.

When does it end? 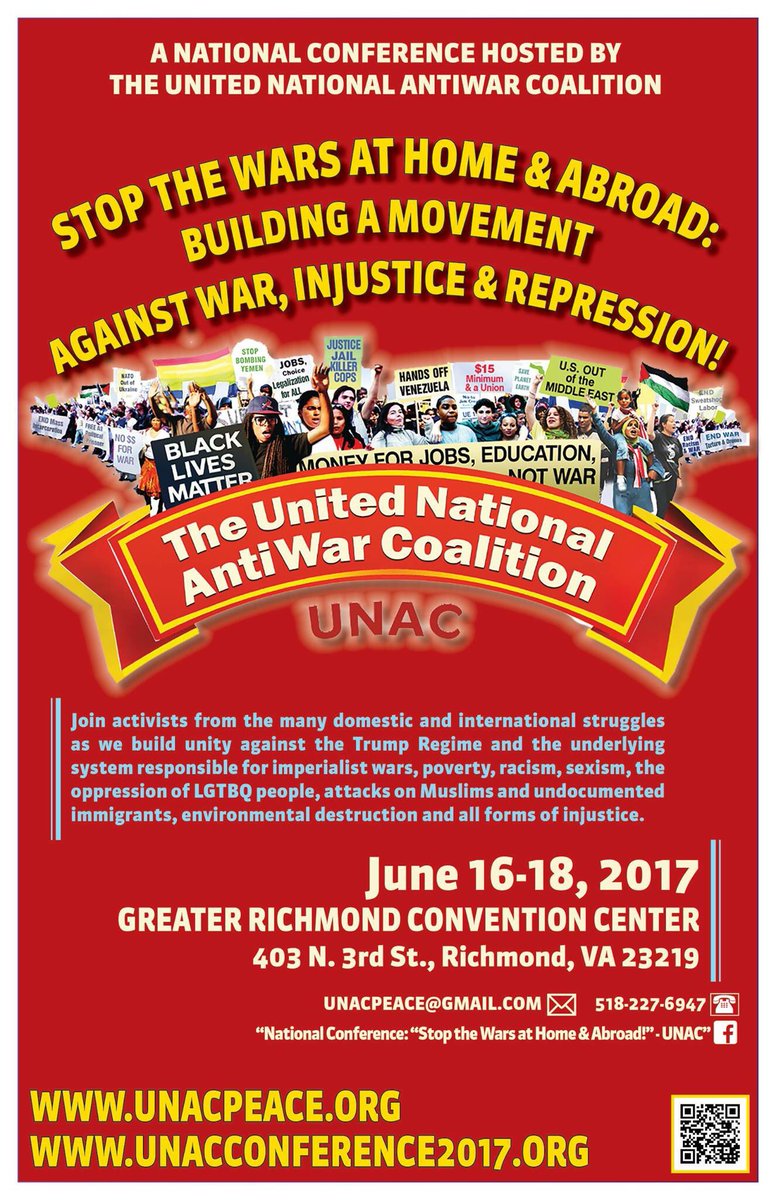 More than 140 civilians have been killed in less than a week while trying to flee western Mosul, according to military sources, as the Iraqi army seeks to close in on fighters from the Islamic State of Iraq and the Levant (ISIL, also known as ISIS) in the armed group's last stronghold in Iraq.
According to the military on Thursday, most of the fatalities were women and children.

UNHCR, the UN Refugee Agency, urgently needs US$ 126 million to meet critical needs of vulnerable children, women and men displaced from, and returning to, Mosul, until the end of the year. A shortage of funds threatens to undermine our humanitarian response at this critical time. Heavy fighting is continuing, and UNHCR is expecting more large movements of people from the west of the city where the fighting is currently concentrated.
Iraqi authorities say that more than three quarters of a million Iraqis have been forced to flee Mosul since military operations started in October.
The vast majority of the internally displaced are families with children and babies – groups that are especially vulnerable and would be most affected by aid shortages should international support wither. Nearly half of the urgently requested funds – US$ 60 million - is required to assist more than 100,000 newly displaced Iraqi families with emergency shelter in the camps, legal assistance to replace lost and missing documents, child protection, prevention of sexual and gender based violence, as well as to provide them with blankets, mattresses and other core relief items. UNHCR has so far established 12 camps in support of the overall efforts by the Iraqi authorities to provide shelter to currently 316,000 internally displaced Iraqis in relative proximity to Mosul.
A further US$ 24 million is needed to assist and support Iraqi families returning to their homes. It is estimated that 125,000 internally displaced people have returned to their homes, many in east Mosul and on the outskirts of the city. Most of the returnees are living in damaged buildings and need shelter assistance as well as cash support. In areas of return, UNHCR and partners will provide material assistance, including emergency shelter and sealing-off kits to help returnees living in unfinished buildings, as well as essential protection services, including psycho-social support, replacement of missing and lost documents and protection monitoring.
Lastly, US$ 42 million is required for on time procurement of shelter and aid materials for next winter. To cope with eventual drops in temperatures, UNHCR plans to assist 135,000 displaced and returnee families with a range of core winter items including blankets, fuel, jerry cans and heating stoves. This includes the provision of one-time cash assistance of US$ 150 per family to 100,000 IDP and returnee families to help them buy fuel to get through the winter.
Since 2014, Iraq has suffered massive internal displacement. It is estimated that up to three million Iraqis are still internally displaced and another quarter of a million live as refugees in the neighbouring countries.

Overall UNHCR protection and assistance programmes in Iraq amount to 578 million in 2017. These are currently 21 per cent funded which is a cause for concern halfway through the year.