Suman Varandani (IBT) reports:
Researchers have found an ancient shark in the North Atlantic, believed to be 512 years old, which could be the oldest living vertebrate in the world. While the animal was discovered months ago, its potential age was revealed in a study in the journal Science.
Marine biologist Julius Nielsen found an 18-foot Greenland shark his team had been studying was at least 272 years old and possibly as old as 512 years. While the exact time of the discovery remains unknown, the news resurfaced as Neilsen completed his PhD thesis on Greenland sharks.
512 years old.
Can you believe that?
It’s been alive for centuries not decades.
512.
Minus 2017.
1505.
That’s when the shark started out.
It’s seen the British Empire and the US empire (probably the fall of both).
It’s lived in the ocean and witnessed the pollution.  Imagine how much cleaner the ocean was 500 years ago.
It’s been around as we’ve invented one weapon after another including the nuclear ones.
It’s survived despite our reckless ways.

Thursday, December 14, 2017.  Donald Trump and the War Powers Act are noted, Iraq carries out more executions, the British legal system issues a ruling regarding the treatment of Iraqis, and much more.

The Trump White House Monday issued a so-called “War Powers” letter addressed to Speaker of the House Paul Ryan and the president pro tempore of the Senate, Orin Hatch, to “keep the Congress informed about deployments of United States Armed Forces equipped for combat.”
In 1973, against the backdrop of the debacle of the Vietnam War, the US Congress, overriding the veto of then-President Richard Nixon, passed the War Powers Act. The aim of the legislation was to prevent future presidents from waging undeclared and open-ended wars with little or no accountability to Congress, which under the US Constitution has the exclusive power to declare war.
It gave the president the right to use military force at his discretion for up to 60 days—itself a huge concession of power to the executive branch—but required withdrawal after a total of 90 days if Congress failed to vote its approval of military action.
While still on the books, the War Powers Act has long ago been turned into a dead letter by the quarter century of US wars of aggression that have followed the Stalinist bureaucracy’s dissolution of the Soviet Union, all waged without a declaration of war by Congress.
Both Democrats and Republicans in Congress have willingly acquiesced in the de facto concentration of dictatorial power in the hands of the “commander in chief” in the all-important matter of the waging of foreign wars.
The latest letter from the Trump administration, however, represents another qualitative step in this protracted degeneration of American democracy and the elimination of the last pretenses of civilian control over the military. Failing to even keep Congress “informed” about US combat deployments, the document, for the first time, omitted any information about the number of troops participating in Washington’s multiple wars and military interventions.


While Trump hides the numbers of the deployed, Hayder al-Abadi flaunts a set of numbers.

Apparently fearful that Iraq might lose its standing as a country with the most executions annually, the prime minister oversees a year-end blitz of executions.

Those two execution dates along add up to 80.  In 2016, Amnesty International recorded 88 executions in Iraq.

In the second half of this year, at least 31 more people have been sentenced to be executed.

When the figures for 2017 are compiled, it is doubtful that the extra-judicial executions carried out by the Iraqi forces will be included in the official tally.


Since the days of Nouri al-Maliki, many Sunnis have seen executions as Baghdad's way of eliminating the Sunni population.  This latest set of executions does not alter that belief.

The failure of the political establishment in addressing the rights of Sunnis and other minorities helped create so-called incubator environment for extremist groups such as [ISIS]. The fact that [ISIS] was able to recruit thousands of Iraqi Sunnis into its ranks will trouble the country for many years.
Unless they succeed in reforming the political system in a way that allows all Iraqis to participate on the basis of citizenship, rather than ethnicity and sectarian identity, the country will continue to be torn from the inside. It is a tall order because those who are supposed to embrace these reforms are themselves a by-product of the same dysfunctional system.
Abadi is facing challenges from within his own Dawa Party, primarily from former prime minister Nouri Al Maliki and other pro-Iran politicians. Tehran’s influence over the Baghdad government has increased following the establishment of the PMU, who were led by Iranian military advisers. In order to steer away from Iran, Abadi will have to join forces with former foes, such as Shiite cleric Moqtada Al Sadr and others. How long he can maintain this balancing act remains to be seen.


The clock strikes midnight and Cinderella's coach turns back into a pumpkin.  Why are we surprised?  The common goal of destroying ISIS is gone -- as everyone knew it would be -- and nothing has been done to repair the rifts in the country -- in fact, they've grown even wider.

Here, we argued the 'training' (and bombing) Barack Obama began in August of 2014 would be worth nothing if a diplomatic surge didn't take place.

Visiting American counter-terrorism expert Matthew Levitt is a senior fellow and director of the Washington Institute for Near East Policy's Stein Program on Counterterrorism and Intelligence.
He has had senior roles with the US Treasury, the FBI and the Department of State.

Dr Levitt warns unless countries like New Zealand, Australia and the US put pressure on Iraq to give the minority Sunnis a voice in government, at the least, the "bad old movie" would be replayed.

New Zealand has approximately 150 troops in Iraq and Australia's had over 300 (with a rotation of 300 due home for Christmas).


In other news, the KRG has just completed work with the UN on raising awareness with regards to gender-based violence:


.@UNHCRIraq and partners conclude activities for the ‘16 Days of Activism against Gender-Based Violence’ campaign in Duhok Governorate. goo.gl/hStMjS


A big shout out from #UNHCR staff in #Sulaymania & #Garmian, in the Kurdistan Region of #Iraq, working together to end sexual and gender-based violence. #16Days #16DaysofActivism #OrangetheWorld #endVAW bit.ly/2C07YkQ

UNHCR Iraq‏ @UNHCRIraq Dec 10
A big shout out from UNHCR staff in #Erbil, in the Kurdistan Region of #Iraq, working together to end sexual and gender-based violence. #16Days #16DaysofActivism #OrangetheWorld #endVAW bit.ly/2yWeEkG 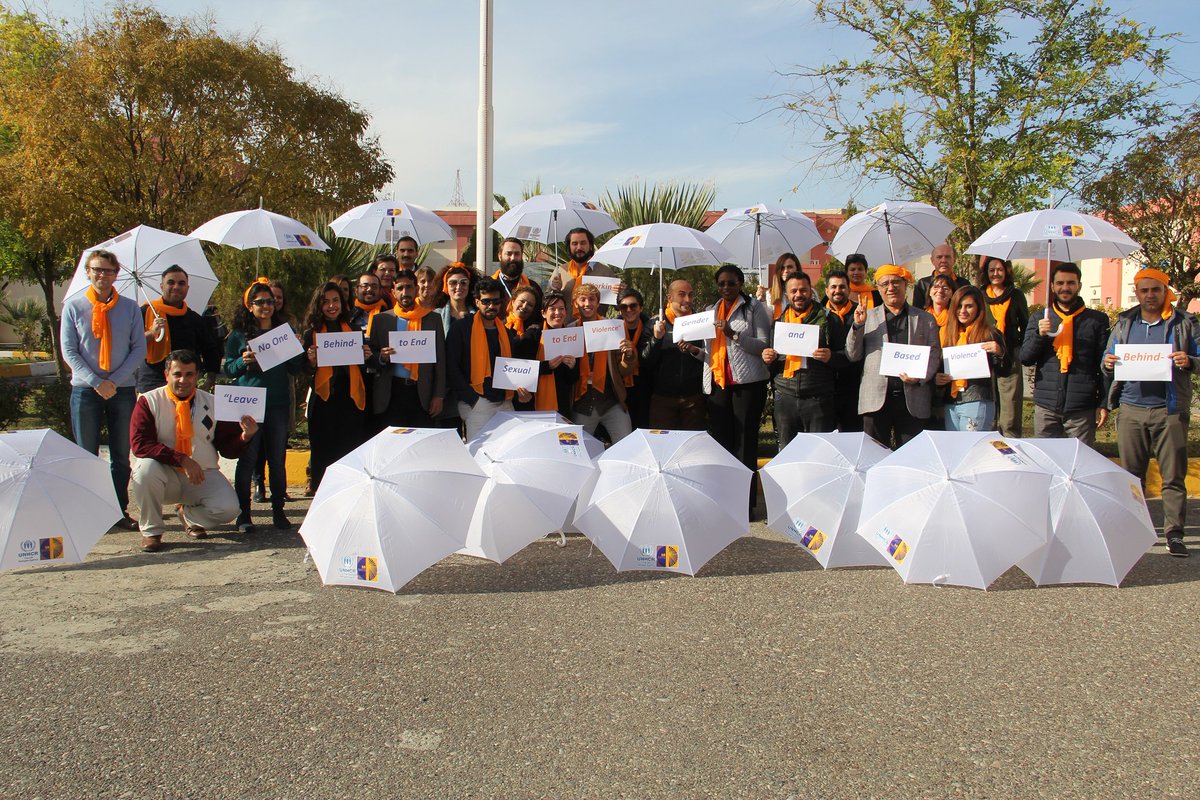 UNHCR Iraq‏ @UNHCRIraq Dec 10
A big shout out from UNHCR staff in #Duhok, in the Kurdistan Region of #Iraq, working together to end sexual and gender-based violence. #16Days #16DaysofActivism #OrangetheWorld #endVAW bit.ly/2nKGyMP 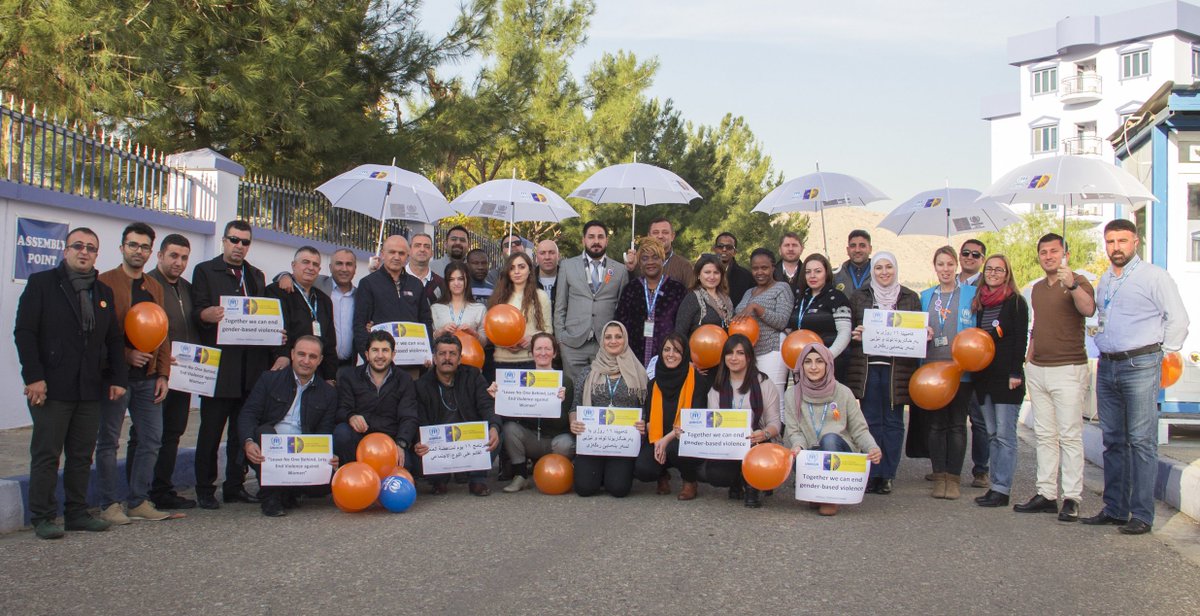 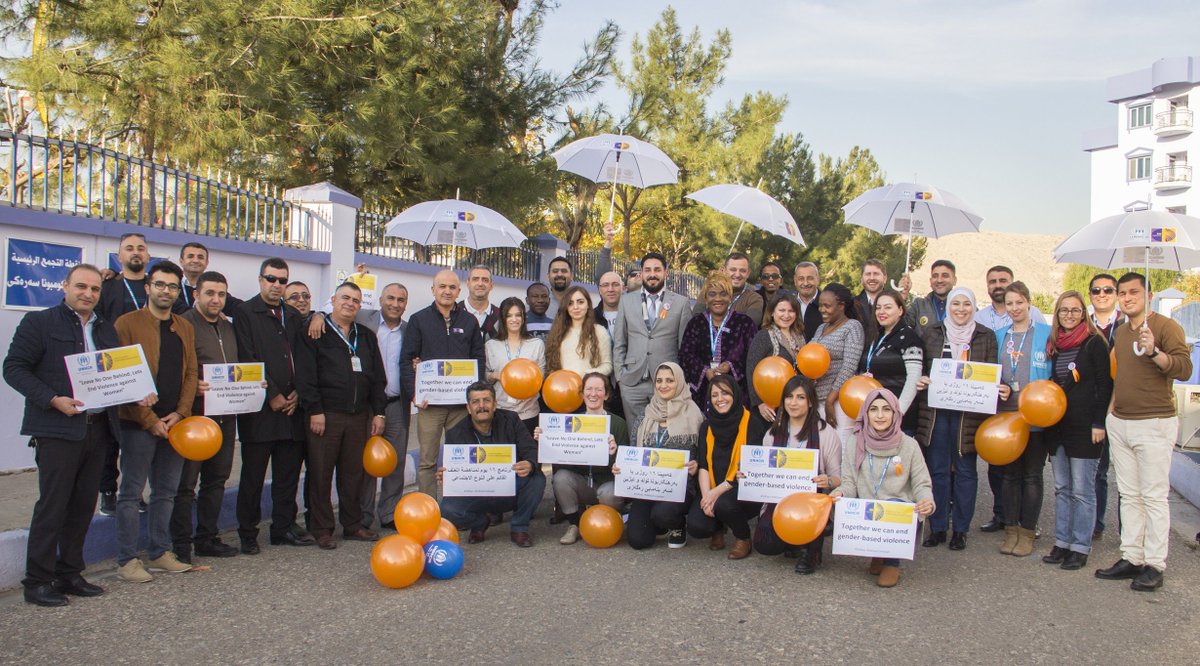 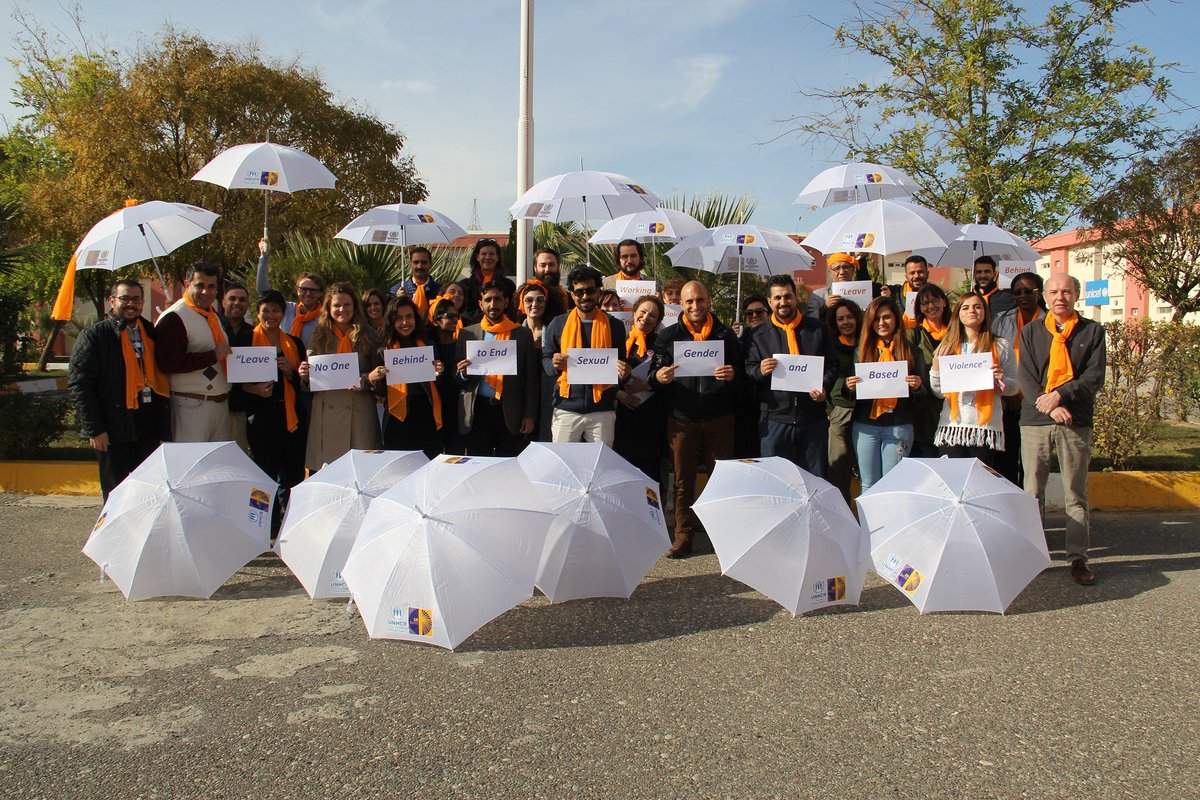 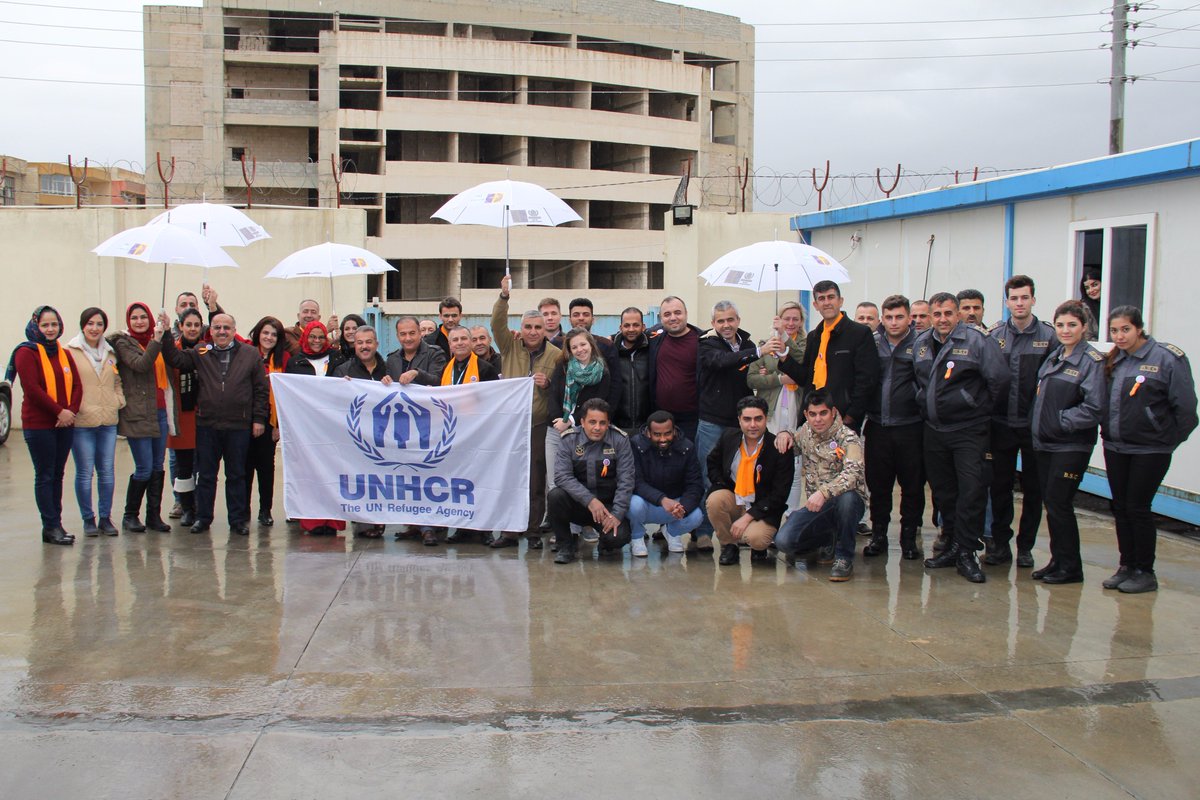 Violence against women and girls goes on throughout the world. 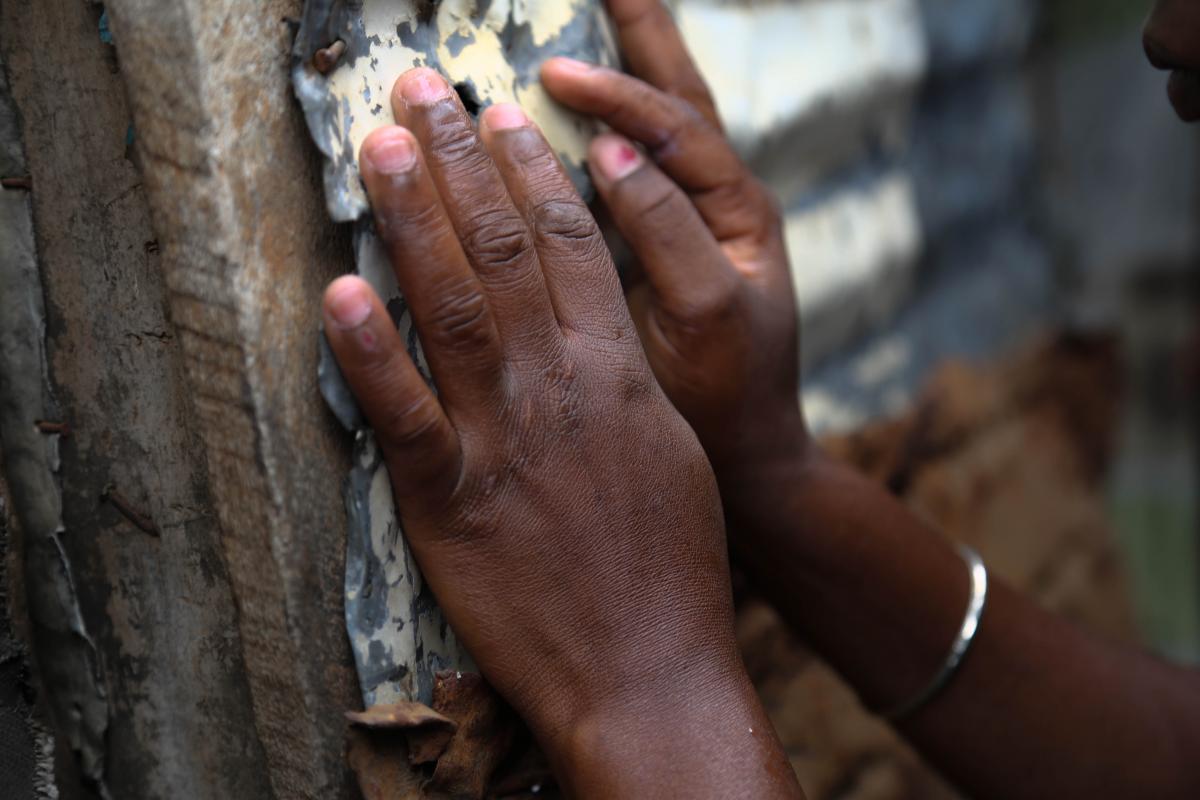 Agnes Odhiambo‏ @AgnesOdhiambo 2h2 hours ago
"'Where is the evidence? How can we believe you?’ They told us we must have enjoyed the rape.” Women who reported sexual violence endured during #Kenya2017elections ridiculed, verbally abused, and sent away by police, says @hrw hrw.org/news/2017/12/1… 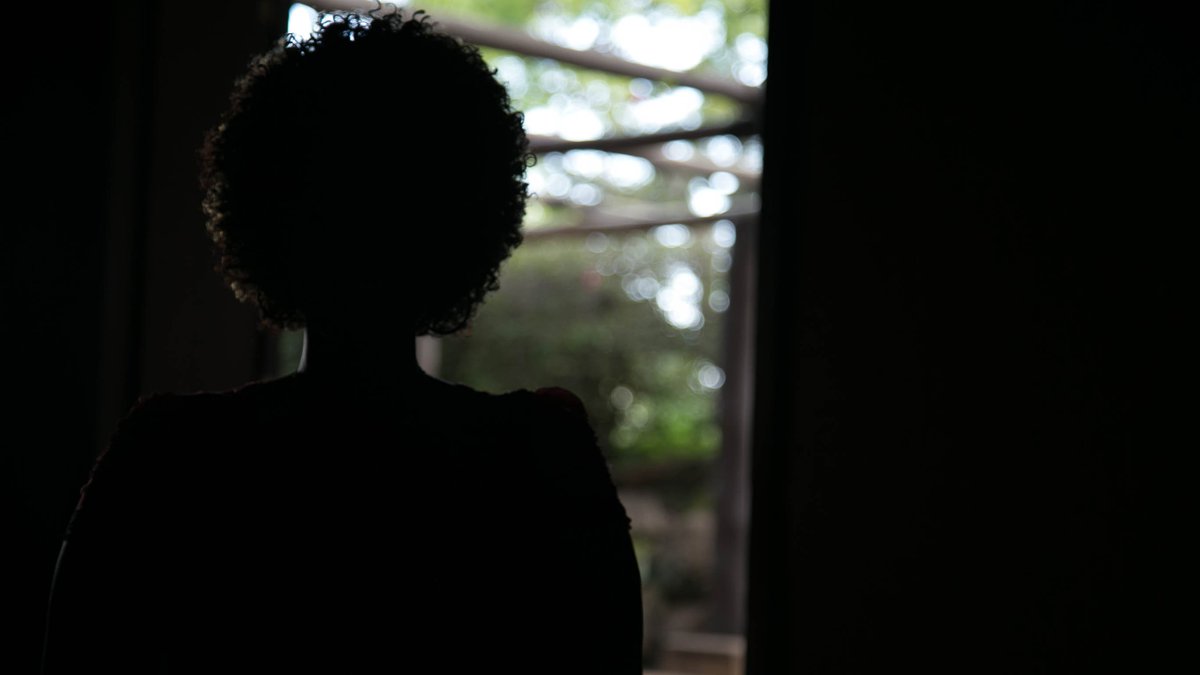 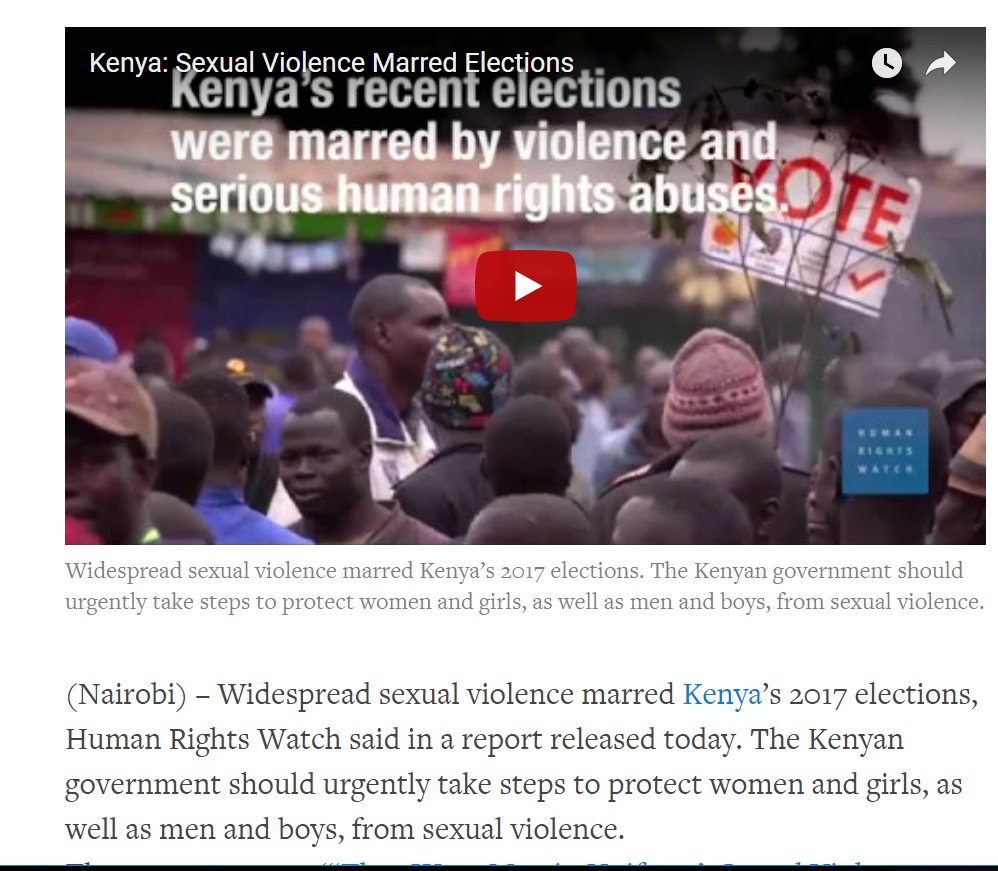 Four Iraqi citizens have won High Court damages against the Ministry of Defence related to their treatment during the invasion of Iraq.
Claims were brought alleging they were unlawfully imprisoned and ill-treated by British armed forces.

A judge in London ruled they were entitled to compensation under the Human Rights Act, with one of the men being awarded more than £30,000.

British troops breached the Geneva conventions and subjected Iraqi civilians to cruel and inhuman treatment by hooding them and taking turns to run over their backs, the high court has ruled.
Furthermore, the Ministry of Defence (MoD) breached the conventions as well as the 1998 Human Rights Act in the way in which it detained civilians after the 2003 invasion, the court concluded on Thursday.

The judgment comes 10 days after the international criminal court (ICC) declared there was “a reasonable basis” to conclude that British troops committed war crimes against Iraqi detainees.